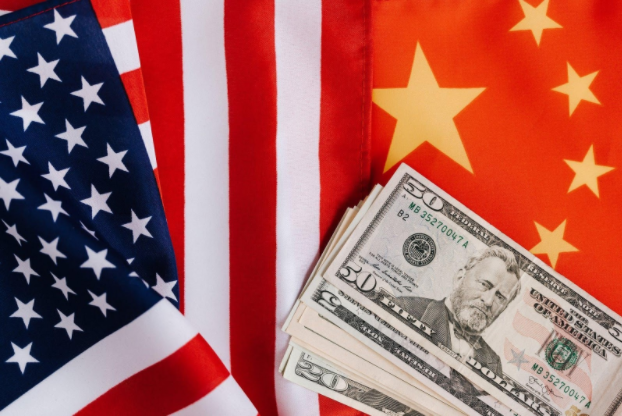 The United States and China have long been in a (mostly cold) trade war. Any country’s GDP is heavily affected by commodity trading or import and export. With the US and China continuing to be at the fence over their commodity trading, this has, over the years, begun to raise problems and risks for several other economies as well. It is expected that the risks arising from the strained trade relations between the US and China could contract global GDP roughly by 1.96%. Not only this, global trade is also expected to fall by 17%. With rising tensions between these two countries, especially the recent TikTok row where US President Donald Trump ordered the immediate buyout of the video-sharing app’s US shares to an American company over grounds of data breach, these risks are expected to further boil over.

However, even as the global commodity trading market stands at a significant risk, ASEAN (Association of SouthEast Asian Nations) economies, especially India, is increasingly looking towards creating opportunities and cashing in on them. Numerous international manufacturers are also looking into shifting their bases to ASEAN countries like India. This serves as a huge opportunity for India to establish effective strategies that can help it bypass all risks arising from the trade war between the US and China as well as strengthen its own local economy. Here’s how the trade war between the US and China has impacted India’s economy.

In the last few years, more than any other sector, India’s electronics market has received a significant boost. With numerous new mobile companies in the market, the mobile manufacturing sector has added significantly well to India’s GDP. With increased disruptions in trade patterns, new opportunities arise for India, where they can increase their exports to both the US and China. India’s exports to China have already witnessed an approximately 26% increase in the year of 2018-19. These figures provide strong evidence for India to create new commodity trading opportunities with China. Thus, even though numerous ASEAN countries are currently losing numerous business opportunities, this gives them a great opportunity to take matters into their own hands and give their GDP a good push.

Other than the mobile manufacturing sector, India also has opportunities to boost its agricultural exports. With new benefits given to farmers in India along with the increasing trade opportunities in plastic, inorganic chemicals, cotton, and more, over the past many years, India plans on increasing its agricultural exports in the coming year. These commodity trading exports offer a significant boost to the economy and enables it to inject more liquidity into the country’s economy. Moreover, as India would continue to deal in increased commodity trading over the next years, it opens more opportunities for it to export other items such as textiles and apparel, metals and ores, electrical machinery, and furniture.

$755 million additional exports to US gained by India

The tensions related to commodity trading between the US and China have resulted in bilateral trade declining very rapidly. This issue has inadvertently resulted in higher prices of oil, chemicals, and other commodities for consumers. This has also led to countries not directly related to the war beginning to import on a larger scale than before. This effect is often referred to as a trade diversion effect. Now, these trade diversion effects on top of the US exercising heavy tariffs on China led to India gaining almost $775 million additional exports. India sold more chemicals, metals and ores, electrical machinery, precision instruments, and textiles and apparel. Other goods with increased numbers in commodity trading included agri-food, transport equipment, office machinery, and furniture.

Ever since the US and China got into a trade war over commodity trading, the demand for Chinese products in the US has gone down tremendously. Moreover, as the US and China continue to impose higher tariffs, numerous export businesses are looking to move bases from China and shift their manufacturing units to ASEAN countries like India. As recently as May 2020, the internationally recognized mobile manufacturing company, Apple, announced that it would be moving 20% of its manufacturing capacity from China to India. In the future, there are increased chances of other companies following this path and moving to India.

In such a scenario, it becomes increasingly important for India to not just improve their business policies but also strengthen the infrastructure to accommodate these businesses. These circumstances also offer the chance for India to not only deal with the US but also increase its export of rubber, copper ores, and X-ray tubes to China. These strong bilateral relations would help India boost its exports by at least $11 billion. However, cashing in on these prospective bilateral export relationships is only possible if India is able to boost labor productivity and offer improved infrastructure.

Online Business – The Next Big Thing of The 21st Century

How to conduct the Bet 365 login right now