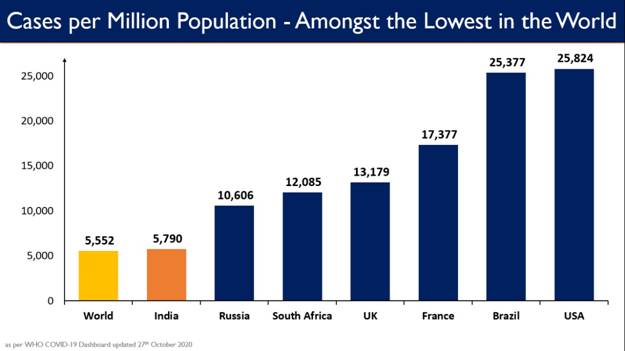 India continues to be among the countries with lowest per million cases & per million deaths, and very high testing

While the global figure for cases/million is 5,552, India is recording 5,790. USA, Brazil, France, UK, Russia, and South Africa are reporting much higher numbers.

The deaths per million populations in India are 87, substantially lower than the world average of 148. India’s targeted strategies in COVID-19 management and the proactive as well as calibrated public health response over the last several months have resulted in encouraging outcomes. 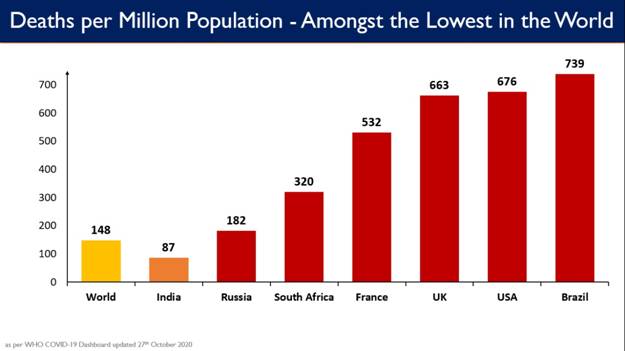 Widespread and comprehensive testing on a sustained basis have aided the early identification and timely effective treatment which has resulted in higher recoveries and lower fatality rate. India’s Case Fatality Rate presently is 1.50%.

India continues to report a trend of steadily decreasing active cases. Presently the active cases comprise merely 7.64% of the total positive cases of the country standing at 6,10,803. The total recovered cases are 72,59,509.

Maharashtra, Karnataka and Kerala contribute more than 7,000 to the single day recoveries. 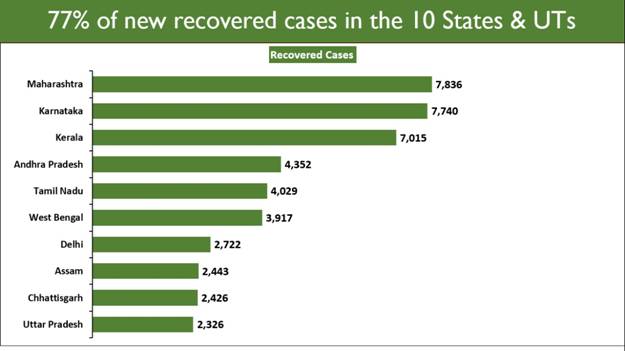 79% of new confirmed cases are from 10 States and UTs. Kerala has overtaken Maharashtra with the highest number of new reported cases. Both are still contributing more than 5,000 new cases. The States which are reporting spurt in cases are Delhi, West Bengal, Karnataka, Andhra Pradesh and Tamil Nadu. 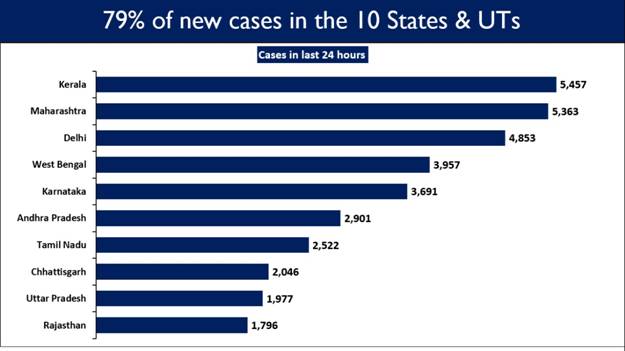 508 case fatalities have been reported in the past 24 hours. Of these, nearly 79% are concentrated in ten States/UTs.

Maharashtra has contributed the maximum to the new fatalities with 115 deaths. 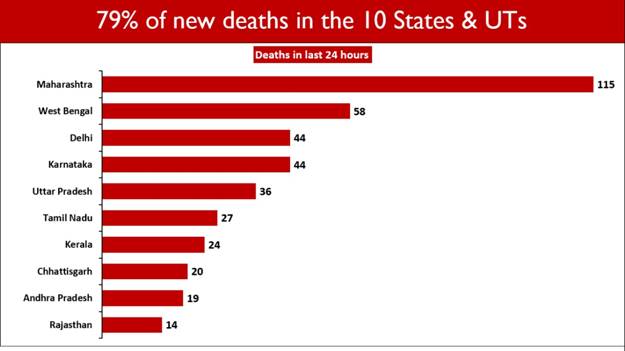 The Heritage Group of Schools announces campus in Noida