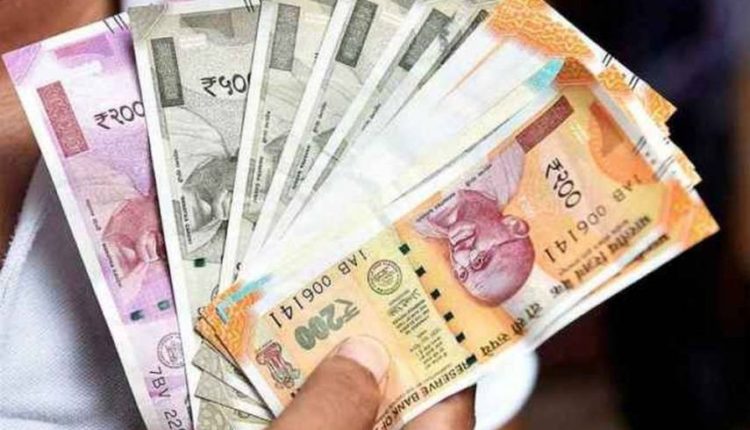 New Delhi, 08th March: In the wake of serious threat of spreading Corona virus and other infectious diseases, the Confederation of All India Traders (CAIT) today urged Finance Minister Nirmala Sitharaman to order “a larger investigation” to assess the chances of diseases spreading via currency notes. The currency notes are most vulnerable to health of people and are easy carrier of communicable diseases and as such a proper investigation is all the more needed and the Government should bring out a comprehensive policy to promote alternative mode of payments including digital payments coupled with incentives and benefits to encourage more and more people for adoption and acceptance of alternate mode of payments in the larger interest of health of the Countrymen, said the CAIT.

In its letter to Mrs. Sitharaman, the CAIT said that coronavirus is an infectious disease which may spread by close contact of any person infected with such virus. Even if due precautions are taken, yet avoidance of cash usage can not be avoided and as such it becomes one of the most easy carrier for spreading any virus. Therefore, immediate steps should be taken to check spreading of any virus through currency notes. The letter has also been sent to Health Minister Dr. Harshvardhan and Minister for Commerce Mr. Piyush Goyal.

The CAIT has cited various studies and media reports to back its demand. The studies quoted by the CAIT claimed that currency notes carry micro-organisms that can cause diseases and infections. Experts have warned that several diseases, including urinary and respiratory tract infections, skin infections and recurrent meningitis, are being transmitted through currency notes. They can also contribute to causing septicaemia and toxic shock syndrome.

CAIT National President Mr. B.C.Bhartia & Secretary General Mr. Praveen Khandelwal said the trading community was the largest user of currency notes which has alarmed the CAIT to raise this issue. It is a known fact that currency notes do change hands very frequently and probabilities of its contamination is always high. It is also to be noted that in India most of the people while counting currency notes generally put fingers in mouth for easy counting of notes and people do not care much about hand sanitation which may lead spreading of any kind of virus.

The CAIT has suggested that Countries like UK, Australia and Canada have switched to polymer notes to reduce the risk of spreading infections through currency. Therefore, the possibilities of usage of polymer notes in India should also be examined

In fact, the scientific journals have been publishing these alarming facts almost every year, but neither the health nor the food sector has taken cognizance of this serious public health issue.A report published in the Journal of Current Microbiology and Applied Sciences in 2016, for example, says that 86.4% of the 120 currency notes tested at the department of microbiology, Tirunelveli Medical College, Tamil Nadu, were contaminated with disease causing pathogens such as Klebsiella Pneumoniae, E.Coli , Staphylococcus aureus. The currency notes were collected from a variety of sources including doctors, banks, local markets, butchers, students and housewives. The notes collected from doctors were also infected!

Another study published in the July 2016 issue of the International Journal of Pharma and Bio Science too has expressed grave concern over both bacterial and fungal contamination of currency , on the basis of a study of 530 notes (1-3 years old) of all denominations and 300 coins of 5, 2 and 1 collected from Srikakulum and Visakapatnam in Andhra Pradesh . Another article in the International Journal of Advanced Research in 2016 reveals that 58 per cent of bank notes carried disease causing pathogens. Hundred notes of Rs 100, 50, 20 and 10 denominations collected in Davanagere, Karnataka, were checked for the study. Prior to this , a scrutiny of 96 paper currency of various denominations from Rs 5 to Rs 500 and 48 coins, conducted at the departments of microbiology and pulmonary medicine, King George’s Medical University, Lucknow, , showed that almost all the samples were contaminated with bacteria, fungus and parasites. Notes of Rs 5 and Rs 10 were most highly contaminated. (Indian Journal of Medicine and Public Health , July-Sept 2015) .

All these reports reaffirm what the earlier studies, conducted in different parts of the country for more than ten years have revealed- that currency notes are a source of infection and dangerous to health, more so because many of the pathogens on them are multi-drug resistant strains. I

Delhi Violence: Couples linked to IS reveals why they became terrorists