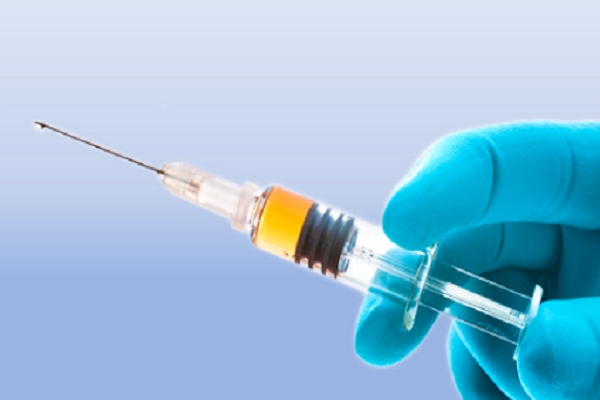 Scientists at Jawaharlal Nehru Centre for Advanced Scientific Research (JNCASR), an autonomous research institute under the Department of Science and Technology, have recently developed an injectable Silk fibroin-based hydrogel for sustained insulin delivery in diabetic patients. A patent application has also been filed for this invention.

Prof. T. Govindaraju and his research team from JNCASR have developed the silk fibroin (SF) formulation using biocompatible additives and prepared an injectable SF hydrogel (iSFH) that can ease insulin delivery in diabetic patients. The iSFH has demonstrated successful delivery of active insulin in rats, and the results have been published in the journal ACS Applied Bio Materials.

The JNCASR scientists have shown that subcutaneous injection of insulin with-iSFH in diabetic rats formed active depot under the skin from which insulin trickled out slowly and restored the physiological glucose homeostasis for a prolonged period of 4 days with no risks of low blood sugar through sudden burst of high concentration of insulin into the blood.

The viscous additives used by the team restricted the mobility of SF protein backbones and results in the rapid gelation. The microstructures provide mechanical strength (to support injectability), and porous morphology of iSFH allowed the encapsulation of human recombinant insulin in its active form in diabetic rats.

Diabetes affects more than 70 million people in India, the second-highest in the world. It results from inadequate production of insulin due to loss of beta cells or insulin resistance within the body, which imbalances the glucose homeostasis is leading to an abrupt increase of blood glucose level.

The conventional and last resort of treatment involves repeated subcutaneous insulin injections to maintain the physiological glucose homeostasis. The multiple subcutaneous insulin injections are associated with pain, local tissue necrosis, infection, nerve damage, and locally concentrated insulin amyloidosis responsible for inability to achieve physiological glucose homeostasis. This problem can be overcome with controlled and sustained insulin delivery. Thus, encapsulation and sustained delivery of insulin in its active form (without loss of activity) is the key to the development of such controlled and sustained in vivo delivery of Insulin.

The iSFH has proved to be an effective insulin delivery tool for diabetic patients with excellent mechanical strength, biocompatibility, encapsulation, storage, and demonstration of its sustained delivery of active insulin in the diabetic animal. The active encapsulation and delivery of insulin by iSFH may also have implications for the future development of formulations for oral insulin delivery. The JNCASR team hopes that pharmaceutical companies will come forward and further develop it for human use.

The current research was funded by JNCASR, Bengaluru, BRICS Multilateral R&D Projects grant, and Department of Science and Technology (DST), Govt. of India under SwarnaJayanti Fellowship Grant and DST-Nano mission.