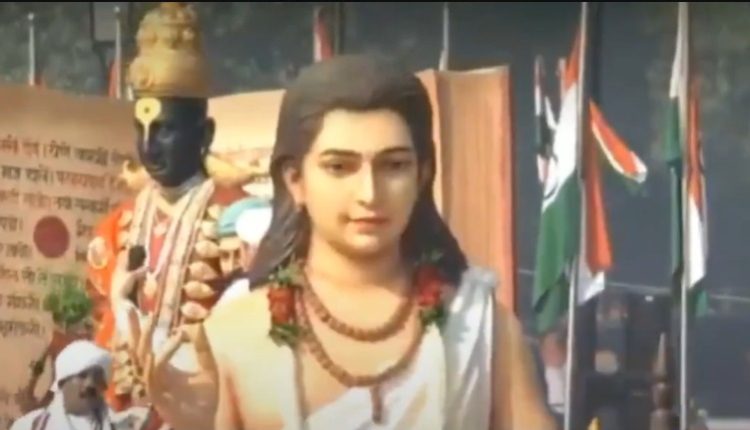 Maharashtra’s tableau at the Republic Day parade highlighted the convergence of ‘Bhakti’ and ‘Shakti’ in the state over the past few centuries.

It displayed the Saints of Maharashtra which highlighted the influence of ‘Bhakti Movement’ which had brought a great change in the religious beliefs of people in the state, and freed devotion from the shackles of rituals, promoting equality and brotherhood.

The first part of the tableau showed the statue of Sant Dnyaneshwar, one of the great saints and Marathi poets of India, who travelled all over Maharashtra and preached ‘Samanta’ and ‘Sambhav’.

The middle part depicted the historic meeting between Sant Tukaram Maharaj and Chhatrapati Shivaji Maharaj, which is seen as the convergence of ‘Bhakti’ and ‘Shakti’.

The devotees were seen chanting the name ‘Vitthal’ with instruments like Tal, Veena and Mridang. The idol of ‘Vitthal’ and ‘Abhang Gatha’ was shown representing the literature by saints.

Both sides of the tableau showed the prominent saints of Maharashtra as they denounced social evils and promulgated the concepts like Equality for all, God as a single entity.