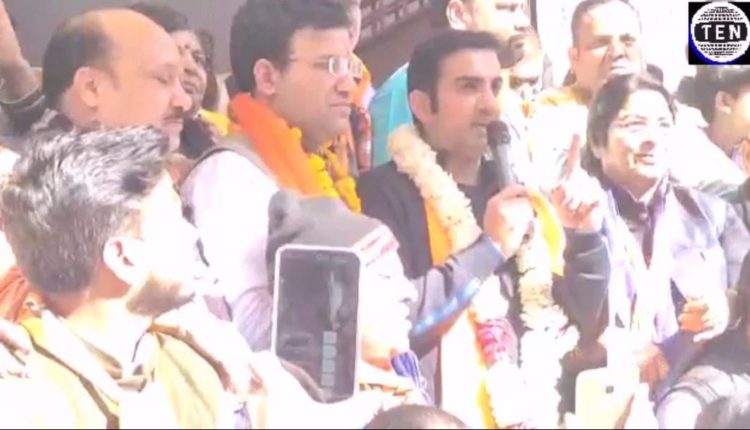 New Delhi (23/01/2020): BJP Leader and former Indian Cricketer Gautam Gambhir today said that the Deputy Chief Minister of Delhi, who calls himself, the so called ‘Education Minister’, is in reality the ‘liquor mafia’ of nation’s capital.

He said this as a star campaigner at Patparganj Vidhan Sabha Seat at BJP Candidate Ravinder Negi’s residence earlier today.

He said that the ruling Indian Party has given a perfect candidate for the people of Patparganj, Ravinder Negi is an educated person and we the people of India needs people like him, as our leaders.