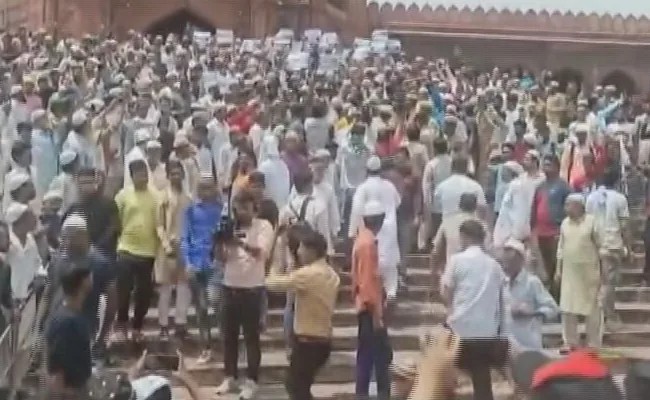 Massive protest at Jama Masjid over alleged remark against Prophet

Delhi Police said they have removed the protestors and the situation is under control now.

“No call for protest given by Masjid. We don’t know who are the ones protesting, I think they belong to AIMIM or are Owaisi’s people. We made it clear that if they want to protest, they can, but we will not support them,” Shahi Imam, Jama Masjid told media persons.

The controversy erupted after Nupur Sharma’s remarks against the minorities. Some Gulf countries have lodged their protest.

However, India on Thursday reiterated that the controversial remarks concerning Prophet Mohammad do not reflect the views of the Government and added that action has been taken by concerned quarters against those who made the comments.