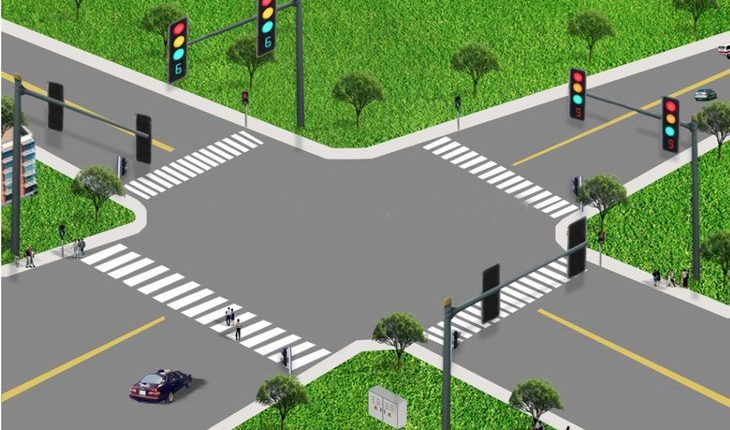 Greater Noida (01/04/2019) : After adaptive traffic signals installed along the Master Plan 2 road managed to “reduce traffic”, the Noida authority has decided to install them at six other intersections in the city. Officials said these smart lights had proved to reduce traffic by as much as 90% at some places.

The authority will now install these lights at three more intersections along the Master Plan 2 road, including Rajnigandha Chowk, to cover the 5km long entire stretch. Additionally, the adaptive lights will be installed at, Indian Oil Corporation (IOC) intersection and two other intersections adjacent to IOC.

Adaptive traffic lights were initially installed on a trial basis for a week at T-series Chowk, BSNL Chowk and Chaura Morh. These were later removed at the BSNL intersection and were reinstalled after some changes.

The private company roped in to install the smart traffic lights, Junckit Systems, conducted a 12-day-trial at the IOC intersection on Lieutenant Vijyant Thapar Marg.

“The adaptive red lights have helped reduce congestion and hence, the pollution from vehicles and also helped in reducing the number of traffic personnel needed to manage the intersections. We are gradually expanding the system given the good results,” Rajeev Tyagi, general manager, Noida authority, said.