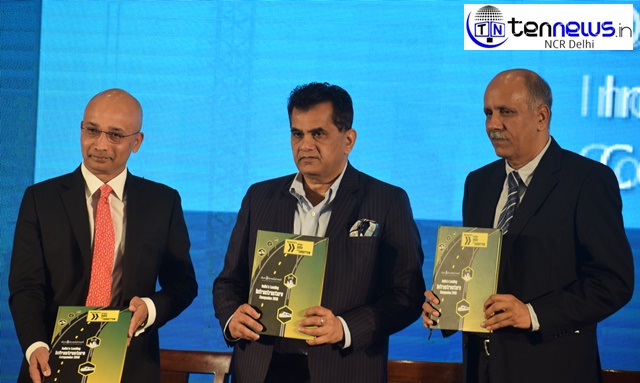 L&T Ltd. won this year in the category of Construction & Infrastructure Development.

“India has emerged as one of the fastest growing large economies in the world. One of the major pillars on which any economy stands is quality infrastructure. The country has made considerable progress, where infrastructure investment as a percentage to GDP stands well, when compared to other economies whose infrastructure has evolved over a period of time.”

Commenting at the session Rohan Suryavanshi from DB Group said,

Chief guest Amitabh Kant while addressing the occasion said that,

“However, in terms of availability and quality of infrastructure, India stands far behind. In other words, we are spending the ‘right amount’ on infrastructure, but we are not getting an adequate output. This is the result of many factors, but two specific ones dominate, i.e high agency cost and high corrective maintenance cost of infrastructure.”

The event witnessed the unveiling of the 11th edition of the publication “India’s Leading Infrastructure Companies” and saw thought leaders from the infrastructure sector come together to speak at the occasion.