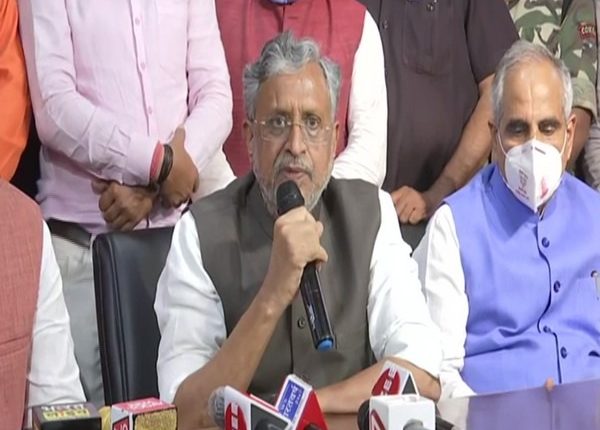 No question of replacing Nitish, he will remain Chief Minister, says Sushil Modi

Bihar Deputy Chief Minister and senior BJP leader Sushil Modi on Wednesday reiterated that JD(U) chief Nitish Kumar will continue to be the Chief Minister of Bihar and said, “there is no question of replacing him”.

While replying to a question over Janata Dal United (JDU) chief, Nitish Kumar’s future in Bihar, the BJP leader said, “There is no confusion on the issue of Nitish Kumar as Chief Minister of Bihar. The decision was taken before the polls and it will remain same.”

“In alliance, sometimes a partner wins more and the other one is able to secure fewer seats. But we are equal partners, people voted for National Democratic Alliance (NDA),” he added.

While reacting over a question on Lok Janshakti Party (LJP), chief Chirag Paswan, the BJP leader said, “He is not part of our alliance in the state. I don’t want to say anything about it.”

On a question regarding Chirag Paswan’s status in the Central government, the BJP leader said, “I don’t know, I am only concerned with state politics, representatives of Central government can give you an answer about this question. But he is surely not a part of Bihar-NDA.”

The BJP won 74 of Bihar’s 243 seats, taking the NDA’s tally past the majority mark, while Nitish Kumar’s Janata Dal-United was restricted to 43.