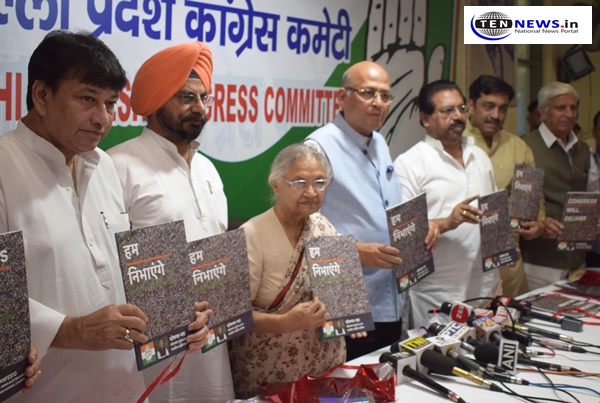 No talks of alliance are going on with AAP: Sheila Dikshit

Talking about Congress’ Manifesto, Sheila Dikshit said ‘NYAY scheme blueprint of new India. “There is no talk on an alliance. We will be as we are,” was the response of Delhi Congress president Sheila Dikshit on Thursday when asked to give clarity on whether her party had taken a call on the question of allying with the AAP.

Immediately afterwards, AICC in-charge of Delhi affairs P.C. Chacko, to another question on the possibility of an alliance in the national capital, said, “We will come to you as and when the party takes a decision.”

No talks of alliance are going on with AAP: Sheila Dikshit
0 226
Share FacebookTwitterGoogle+ReddItWhatsAppPinterestEmail

Women March For Change: Hundreds of women gathers at Jantar Mantar against gender based violence!