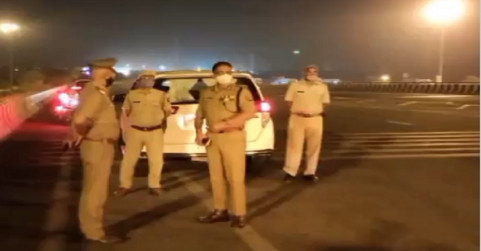 The police commissioner interacted with the police personnel deployed on the PCR which patrols over the expressway. He ordered policemen to monitor every suspicious activity and to conduct a detailed investigation on the matter. He also asked them to increase the frequency of night patrolling.