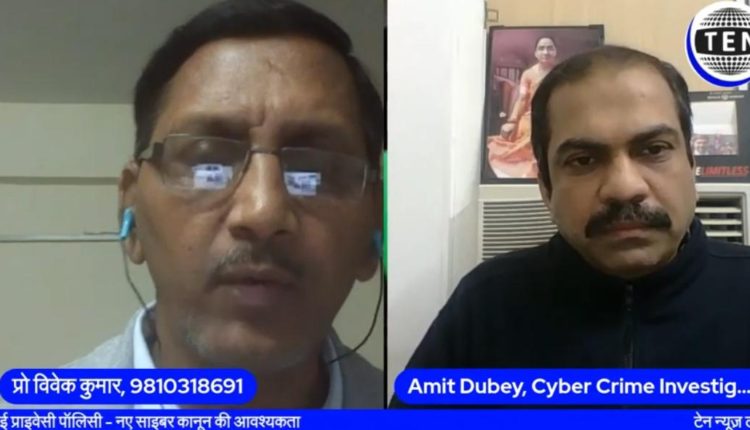 Amit Dubey, Crime Investigator on cyber crime and ethical hacking, was the eminent guest who shared light on the issue.

Speaking on WhatsApp privacy policy, Dubey said, “WhatsApp policy says that the metadata will only be accessed and they are not going to read the content, which will remain encrypted. The data such as IP address, SMS, etc. I think they were already accessing and with change in policy they have included the provision as per the meta data will be integrated with third party in WhatsApp business. In our personal private communication there will be no change.”

Addressing the confusion on the privacy concerns, he added, “There are a lot many applications in our phones which access even more data than this. We are raising question over whatsapp because may be our expectation with it is different. For an app like PubG or Camscanner taking much of our data, no one’s concerned. But people are jolted because WhatsApp is largely considered a very safe and private platform of communication.”

Investigator Dubey further added that WhatsApp might have given an option for users to maybe pay a small monthly amount or choose not to use additional feature, but they didn’t do any such thing hence it has created all this mayhem around the issue.

“This was very wrong on part of Whatsapp hence public answered them in right way,” he noted. To summarise it all, Dubey said, “There is not going to be any constant surveillance by WhatsApp hence there is nothing to be panic. But I believe that people migrating from it has certainly challenged its monopolistic approach. People should remain alert about the permission that they grant to different application and hence awareness is the key to staying safe.”

Meanwhile, India has asked WhatsApp to withdraw the planned change to its privacy policy, posing a new headache to the Facebook-owned service.