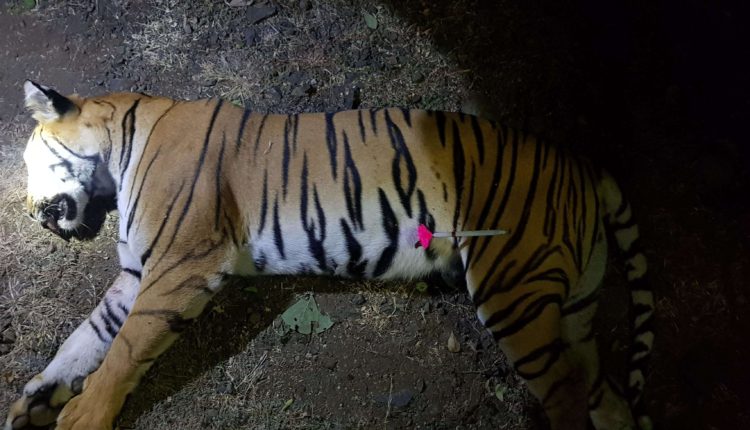 New Delhi: For weeks wildlife enthusiasts and animal lovers were campaigning to save Avni, a tigress in Maharashtra, for which the government had issued a shoot at sight order because she was allegedly a man-eater.But even as the campaigners continued to make their desperate attempts, the news which they feared has come.

The tigress Avni or T1, who allegedly killed 13 people in the Pandharkawada- Ralegaon forests of Yavatmal district in eastern Maharashtra over the last year and a half, was shot dead last night.
The Forest Department said that it will be sharing the details of the operation at a press conference in Nagpur on Saturday.

Leading to that, PETA India Releasesd a Statement on Avni Tiger’s Killing.

In a statement PETA India said,

"Avni was killed illegally satisfying a hunter’s lust for blood, plain and simple, in possible contempt of court and in apparent violation of the Wildlife Protection Act and the guidelines of National Tiger Conservation Authority. She may not have died instantly but slowly, through pain and blood loss, and likely in front of her now orphaned and vulnerable cubs. This matter must be investigated and treated as a wildlife crime. Whether sanctioned by the state or not, nobody can be above the law. This is a dark day for our nation and we must hang out heads in shame now, and again if this killing goes unpunished."

#Breaking: Sabarimala temple all set to open on the 5th of November for 24 hours

Updates on Covid-19 : India’s Active Cases below 10% of Total Cases since the last…