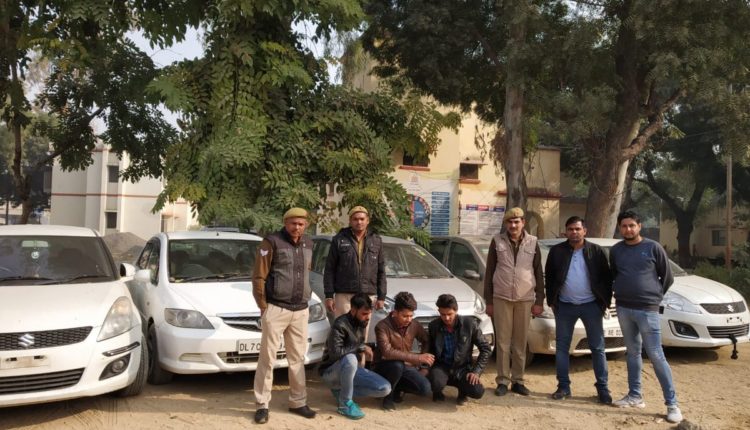 Greater Noida (28/12/2018) : Greater Noida police got big success as they arrest 3 accused of a gang involved in loot in highways and expressways. On the night of 27th December around 8:30 in night police had arrested all the three accused from Milak Lachchhi round about under Bisrakh Police station.

Police had recovered 5 cars and a bullet motorcycle from them which were looted during various incident of loot. According to police official accused use to conduct these loots in a very planed manner. First they use to overtake vehicles commuting on highways in a manner that it should look like an accident. After that over powering the passengers they use to take their mobile, cash and ATM cards, then after dumping the victim in a deserted place they use to flee.

The arrested accused has a long criminal history with them and they confessed of attempting more than two dozen loot incident during police interrogation. In which most of them are in Delhi-NCR region. Accused were identified as Jameel , Sameer and Farhan all residents of Ghaziabad district while one of their accomplice is still absconding named Salman.

All were sent to jail after being presented before court.