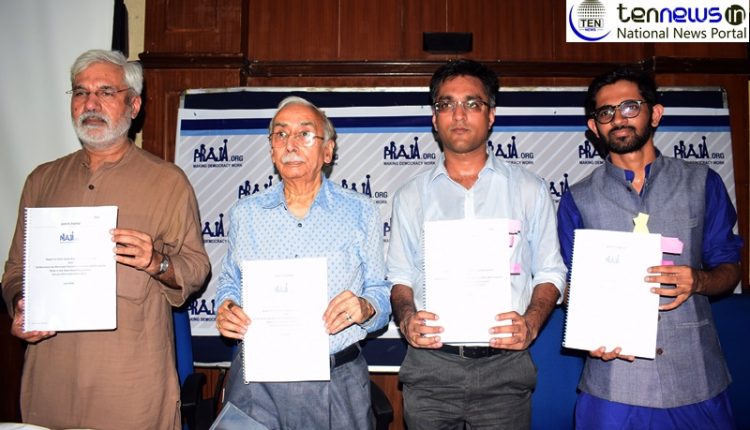 Praja Foundation Releases Report on Civic Issues and Deliberations done by Councillors and MLAs OF Delhi!

New Delhi: NGO Praja Foundation released its white paper on civic issues and deliberations done by councillors and MLAs in Delhi, on Wednesday. The report by Praja Foundation comes a year after the keenly-fought elections to the Municipal Corporations of Delhi.

A response to a regular Right to Information (RTI) application filed by Praja Foundation to procure number of civic complaints registered, the Delhi Jal Board (DJB) stated that, ”Due to technical problem in CRM (Complaint Redressal Mechanism) of call centre application, no information is available from 1.10.2017 to 31.12.2017 .”
The DJB has lost citizen complaint data of three months.

Addressing the Media, Nitai Mehta, Founder and Managing Trustee of Praja Foundation Said, “This is not the kind of response one would expect to an official Right to Information (RTl) application seeking basic information such as the number of complaints registered in an official complaint mechanism of a State-run body in lndia. The carelessness in handling citizens’ issues is disheartening.”

Complaints relating to major issues like sewerage, removal of dead animals, contamination of water are also major potential public health hazards. They have showed a continuous rise, and the problems faced by citizens are showing no sign of going away, for years on end. The Government must show initiative to
eradicate these problems for good and bring about policy changes,” added Nitai Mehta.

Did You Know Your Eyes Could Get Sunburned? Protect your eyes this summer from harmful UV rays