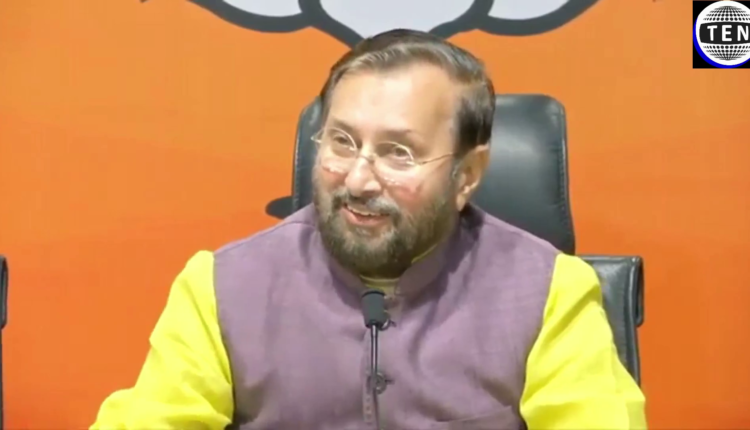 New Delhi : BJP on Thursday accused the Congress and the AAP of “politicising” the riots in the national capital and claimed that attempts to instigate violence had been made for two months after Congress president Sonia Gandhi gave the call for ‘aar yaa par’ in December last year.

Addressing a press conference at the party office, senior BJP leader and Union Minister Prakash Javadekar asked why other political parties were silent on the attack on the policemen and on the death of Intelligence Bureau staffer Ankit Sharma.

“In such a situation, the duty of all political parties should be to consolidate peace,” he said. He alleged that attempts to instigate violence had been made for the last two months since Sonia Gandhi gave the call for ‘fight to the finish’ at a rally.

Javadekar said the BJP was working to restore peace and condemned the Congress, the AAP for doing politics over the violence that claimed 34 lives in northeast Delhi and left over 200 injured.

He asserted that peace was restored in two days due to Union Home Minister Amit Shah’s effective handling.