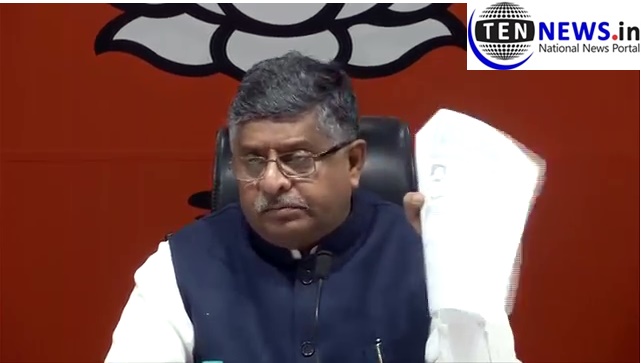 New Delhi : BJP today linked Rahul Gandhi to a land deal with a arms dealer and said this had Congress president speak against Rafale.

‘I say with all degree of earnestness that the whole Congress campaign against Rafale is not a reasonable campaign but a malafide one,’ BJP leader and Union leader Ravi Shankar Prasad told reporters here.

He said it was an ‘extraneous’ campaign based on fiction and lies.

Referring to Congress response yesterday, that the land was purchased by Rahul Gandhi and gifted to Priyanka Vadra, he said ‘purchasing land is not a fault but from whom you are purchasing is important’.

He said, “Already UN has tried so many times to declare Jaish-e-Mohammed (JeM) chief Masood Azhar as global terrorist but again China has blocked the veto.