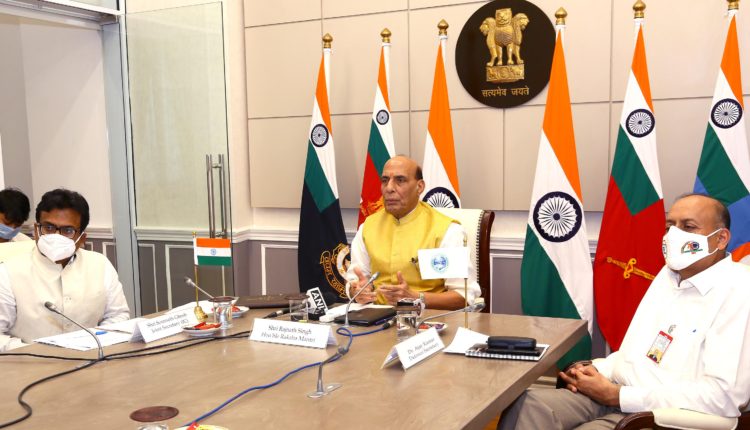 Delivering the inaugural address at Shanghai Cooperation Organisation (SCO) webinar on ‘Role of Women in Armed Forces’, on October 14, 2021 from New Delhi, Raksha Mantri Rajnath Singh said, Government has taken a number of steps to strengthen the role of women within the security setup in general and the armed forces in particular. Women have been serving with pride in Indian Military Nursing Service for over 100 years now. Indian Army had commenced commissioning women officers in 1992. “It has now moved to inducting women officers in most of the branches of the Army. Women are now being accepted for permanent commission and shall be commanding army units and battalions in near future”, he added. The webinar was hosted Hq, Integrated Defence Staff of the Ministry of Defence.

Pointing out that induction of women in Military Police has commenced last year, Raksha Mantri said from next year, women shall be able to join the premier tri-service training institute, the National Defence Academy. He wished to see women officers from SCO nations in the Officer Training Academy, Chennai.

Rajnath Singh said that women were inducted in both support and combat roles – in the Indian Navy they pilot Maritime Reconnaissance aircrafts and since last year they were appointed onboard warships. Similarly, Indian Coast Guard has been employing women officers in combat roles which includes pilots, observers and aviation support services. In the Indian Air Force, women fly helicopters, fighter jets and constitute a significant percent of the officer cadre. In UN peacekeeping missions too, women from the Indian Armed Forces participate regularly.

Underlining that the concept of security is undergoing a paradigm shift, Rajnath Singh said the changing character of war is bringing threats from our borders to within our society.  “Terrorism is just the most obvious and diabolical manifestation of this reality. It has been employed as a weapon of choice by non-state actors and irresponsible states alike for the furtherance of their political objectives. SCO as an organization has unequivocally rejected terrorism in all its manifestations and forms,” he added and stressed that “this fight cannot be won by half the population…Women too will remain equal contributors in this fight, both within the armed forces and beyond them.”

Rajnath Singh said women have proven themselves in every walk of life, “Many barriers have been broken and many more imagined barriers should break in the years to come.”

Raksha Mantri saluted the brave women from all SCO nations who have been selflessly serving their respective nations, working on conflict mitigation, developmental projects and promoting the cause of peace and prosperity. Exhorting the SCO nations to ensure regional stability, promote peace, ensure gender-equality and work towards betterment of the entire region, Raksha Mantri said, “We look forward to much greater participation and bigger role of women in various tasks of Armed Forces.”

Stressing that Indian customs and traditions revered women as both caregivers and protectors, Raksha Mantri said, “If Saraswati is our Goddess of knowledge, wisdom & learning, Mother Durga remains associated with protection, strength, destruction and war. In fact, we are celebrating Vijay Dashami, the day Goddess Durga defeated & killed demon Mahishasura, across the subcontinent.” He also recalled that women took up arms to protect the country throughout history, “Rani Laxmi Bai is amongst the most revered and respected amongst them. She fought against the imposition of unjust foreign rule till her very last breath, leading her men from the front.”

Chief of Defence Staff General Bipin Rawat delivered the welcome address. The SCO Deputy Secretary-General Muratbek Azymbakiev also addressed Webinar via video link. Delegates of SCO countries shared their experiences with the aim to enrich and inform policy makers and practitioners alike. The webinar was conducted in two sessions. The first session on ‘Historical Perspective of Women’s Roles in Combat Operations’ was chaired by Deputy Chief of Integrated Defence Staff (Medical) Lt General Madhuri Kanitkar. Apart from India, speakers from China, Kazakhstan and Kyrgyzstan shared their perspectives in the session. The Second session on ‘Emerging Trends in Wars and Likely Roles of Women Warriors’ was chaired by Former Foreign Secretary Nirupama Rao Menon. Members from Pakistan, Russian Federation, Tajikistan and Uzbekistan shared their views on the subject. 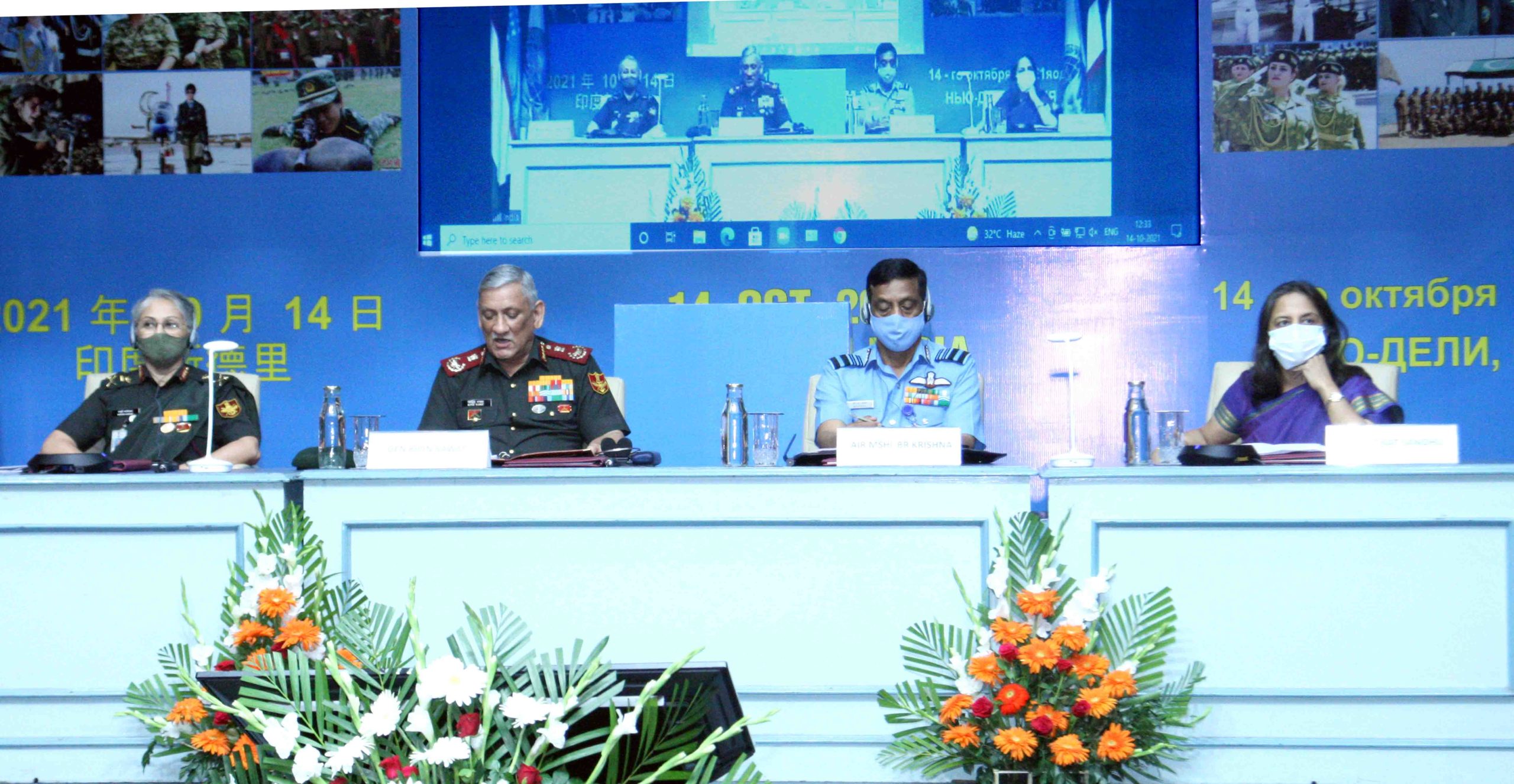