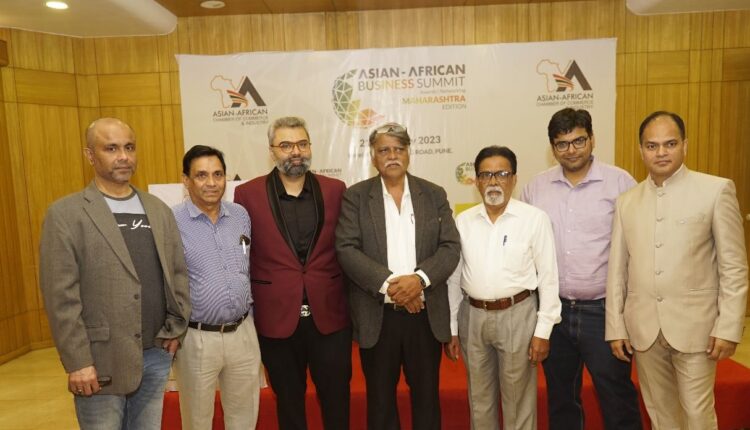 The was graced by the following keynote speakers:

Dr.GD Singh, chairman AACCI, in its opening remark welcomed the invited guests and briefed them about the vision and objectives. His beliefs about spirituality, humanity, peace and progress.

MJ Puri gave the achievements, facts & figures about AACCI and welcomed the guests to be part of the AACCI.

Edtech Startup founder Dr.Tausif Malik thanked Brajesh Kumar and AACCI for the invitation and wished them for launching AACCI Maharashtra Chapter. Dr Malik in his address spoke about Affordable University Education from India and its impact on the global economy. He highlighted the importance of IT and IT education and how Startup Edtech RiseBack is empowering American & African students and professionals with Affordable University Education from India starting at $75 per month.

Dr.Malik  also said that India and Africa have a long history with Africa and RiseBack have made strategic partnerships with organisations to promote Indian University education.

Mr.Nisar Sagar, President Muslim Chamber of Commerce in his address quoted the Holy Quran about humanity and beauty about humanity. He said their chamber’s visions align with the vision of AACCI. He said they have agreed to the partnership with AACI and would be looking forward to working with AACCI.

Mr.HP Shrivastava, Vice President Deccan Chamber of Commerce in his address spoke about his personal experiences of doing business with African countries, the business opportunities with India and Africa. He also shared with the audience about the partnership with AACCI and wished them for their launch.

Mr.Kamlesh Panchal, President Hindu Economic Forum in his address wished AACCI and its team about the launch of AACCI Maharashtra chapter, He said the India growth story is how the IT industry became a driver for the economic process and success of the Indian economy. In an anecdote he said Indian brains create the best IT services for the world, which the Chinese cannot replicate. The IT industry will remain the economic driver and lead India in decades to lead the world economy.

The event concluded with a vote of thanks by Brajesh Kumar, Maharashtra Chapter President and Shivani Bhimraj Bhalsing, the event was open for networking.

RiseBack is one of the first and only EdTech platforms offering Undergraduate & Graduate degree programs and has partnered with leading Indian Universities to offer Affordable Colleges Degrees to American, African, and GCC region professionals & students.  RiseBack.org Edtech offers Affordable University Degrees starting at $75 per month.

Galgotias University set to foray into online & distance education with…