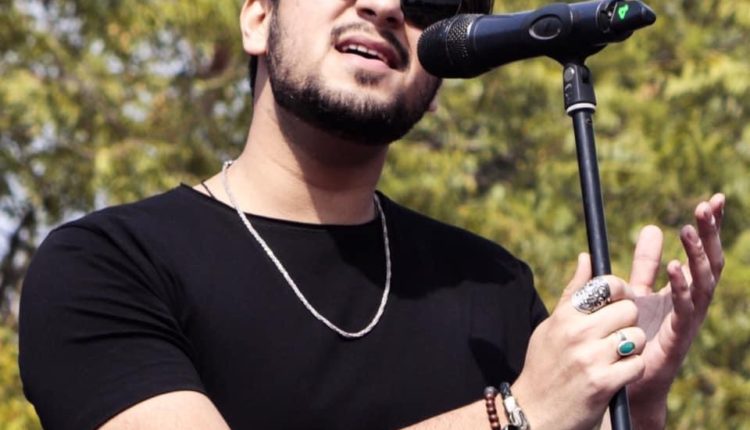 The song has been written, composed, and sung by Nabeel himself.  The song has been written so beautifully that the lyrics and music radiate pain of the souls separated in love. A creative fusion of soft rock with the soothing touch of Sarangi along with rhythmic beats of Tabla and electric guitar makes the song a romantic sad song.

This music project featuring Nabeel Khan & Hiba Khan is being released under the label of Lè Music India & Nasir Khan. The melodious music is given by Mohit Goyal and directed by Amir Pashtun. The musical team comprises of Sarthak Mishra on Guitar, Rahul Yadav on Drums, Jawad Ahmed on Tabla and Nabeel Khan on Sarangi. Mixed & Mastered by Udit Saxena at Anubandham Productions Studio. The music has been produced by Nasir Khan. Other members contributing to this soulful music video are Kamal Sharma and Kashif Khan as Director Of Photography, Costume designed by Shabnam Khan and Makeup by Sumbul Khan. The entire team raises a special thanks to Akram Khan.

Coming from the family of musician, Nabeel Khan became a Sarangi sensation at the tender age of seven under the humble guidance of his grandfather and the Samrat of Sarangi, Padma Bhushan awardee Ustad Sabri Khan Saheb and his father Ustad Nasir Khan Saheb. Continuing the legacy of the Moradabad Sainia Gharana Sarangi playing style, Nabeel has carved a niche for himself in presenting performances from Indian classical music concerts to fusion songs across the world and was awarded as the Best Young Instrumentalist (Indian classical field) in the Indian embassy, Italy.

Talking about the release of the music, Nabeel Khan said, “I feel very ecstatic to share that my debut single awaits to be released soon. I dedicate this song to all those lovers who got separated in the recent past. It was when the pandemic was at its peak that I began writing the lyrics of this song. I hope that you all receive this song with much love and support. I seek blessings from the Lord and all my well-wishers to make this song successful”.

Releasing on 7th Nov from India’s emerging label, Lè Music which promotes Indian artists; the song will be made available to the audience across all the platforms ranging from Spotify, Ganna, Apple tunes and YouTube.