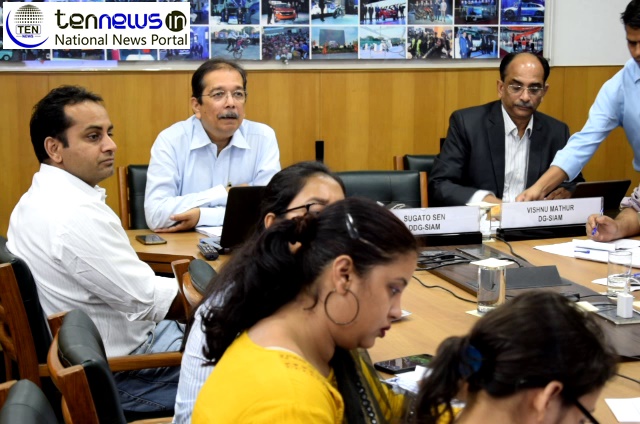 Elaborating on the production statistics they informed that the industry has produced a total of 8, 064, 239 vehicles including passenger vehicles, commercial vehicles, three wheelers, two wheelers and quadricycle in April-June 2017 as against 6,919,414 in April-June 2017, registering a growth of 16.55 percent over the same period last year.

In terms of domestic sales the passenger vehicle segment registered a 19.91 % growth as compared to last year’s statistics of same period.

The overall commercial vehicles segment registered a growth of 51.55 percent in April-June 2018 as compared to same period of last year.

The exports have also been very positive and there was a growth of 26.73%.

SIAM expects that this year’s massive investment opportunities clubbed with a favourable environment will further boost the growth of automobile sector.