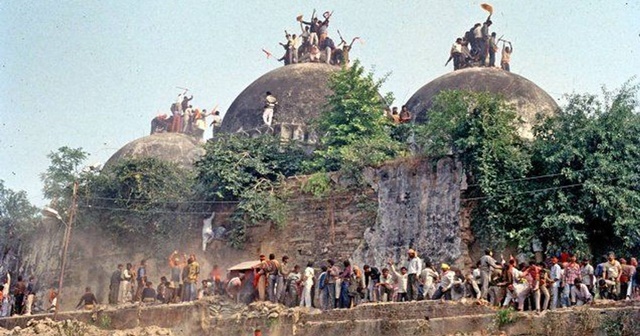 New Delhi: Ayodhya Dispute has now taken a curious turn after Supreme Court postponed the verdict of the case. Hindus and Muslims in India are very unhappy with the injustice they are facing.
It’s well said that, “Justice delayed is Justice Denied”.

Ayodhya dispute is a political, historical and socio-religious debate in India, centred on a plot of land in the city of Ayodhya, located in Faizabad district, Uttar Pradesh. The main issues revolve around access to a site traditionally regarded among Hindus to be the birthplace of the Hindu deity Rama, the history and location of the Babri Mosque at the site, and whether a previous Hindu temple was demolished or modified to create the mosque.

The first recorded instances of religious violence in Ayodhya occurred in the 1850s over a nearby mosque at Hanuman Garhi. The Babri mosque was attacked by Hindus in the process. Since then, local Hindu groups made occasional demands that they should have the possession of the site and that they should be allowed to build a temple on the site, all of which were denied by the colonial government. In 1946, an offshoot of the Hindu Mahasabha called Akhil Bharatiya Ramayana Mahasabha (ABRM) started an agitation for the possession of the site. In 1949, Sant Digvijay Nath of Goraknath Maths joined the ABRM and organised a 9-day continuous recitation of Ramcharita Manhas, at the end of which the Hindu activists broke into the mosque and placed idols of Rama and Sita inside. People were led to believe that the idols had ‘miraculously’ appeared inside the mosque. The date of the event was 22 December 1949.

Hindus today are waiting for Ram Mandir to be built at the birthplace of Lord Rama and on the other hand, Muslims are still with the hope to see a Mosque there on the land of UP.

Today Ten News asked several delhites about their expressions towards Supreme Court’s action related to Ayodhya Dispute responding to which they had different opinions for the cause.

Some of them said that, India is a nation of Hindus and name Hindustan itself. So Supreme Court, rather than postponing the verdict of such a serious issue related to our nation but to construct a beautiful, prosperous, and memorable Lord Rama Mandir as early as possible. And some of the people when asked about that opinion said,

“We do not want any temple or mosque but what we need is something that can be used by every citizen. May that be a hospital, school, college or whatever that never discriminate the visitors on the basis of caste and creed.

StartupIndia and WhatsApp launch the partnership program for the Entrepreneurial & SMB Community in India.