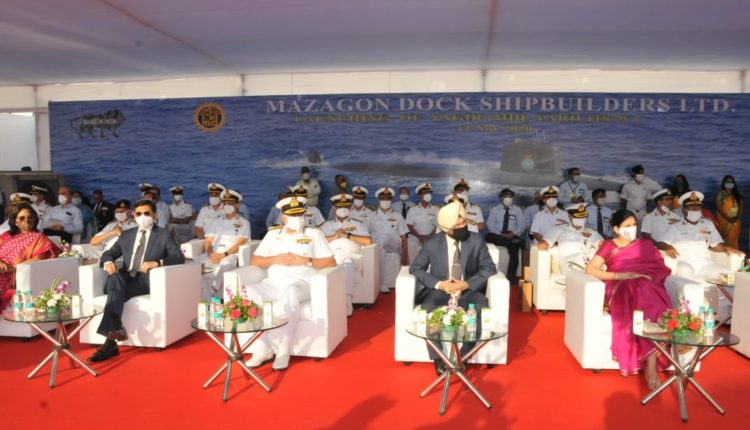 Vagir, ex-Russia, named after the Sand Fish, a deadly deep sea predator of the Indian Ocean, was commissioned into the Indian Navy on December 3, 1973, and was decommissioned on June 7, 2001, after almost three decades of yeoman service to the nation. In true nautical tradition, she finds a new incarnation, by the same name – Vagir, infused with new life, by Mazagon Dock, once again a very powerful predator of the deep, guarding the vast maritime interests of our nation. The state-of-the-art technology utilized in the rebuilt Scorpene has ensured superior stealth features (such as advanced acoustic absorption techniques, low radiated noise levels, hydro-dynamically optimised shape etc.) and the ability to launch an attack on the enemy using precision guided weapons. The attack can be launched with both torpedoes and tube launched anti-ship missiles, whilst underwater or on surface. The stealth of this potent platform is enhanced by the special attention provided to her characteristic underwater signatures. These stealth features give it an invulnerability, unmatched by most submarines. 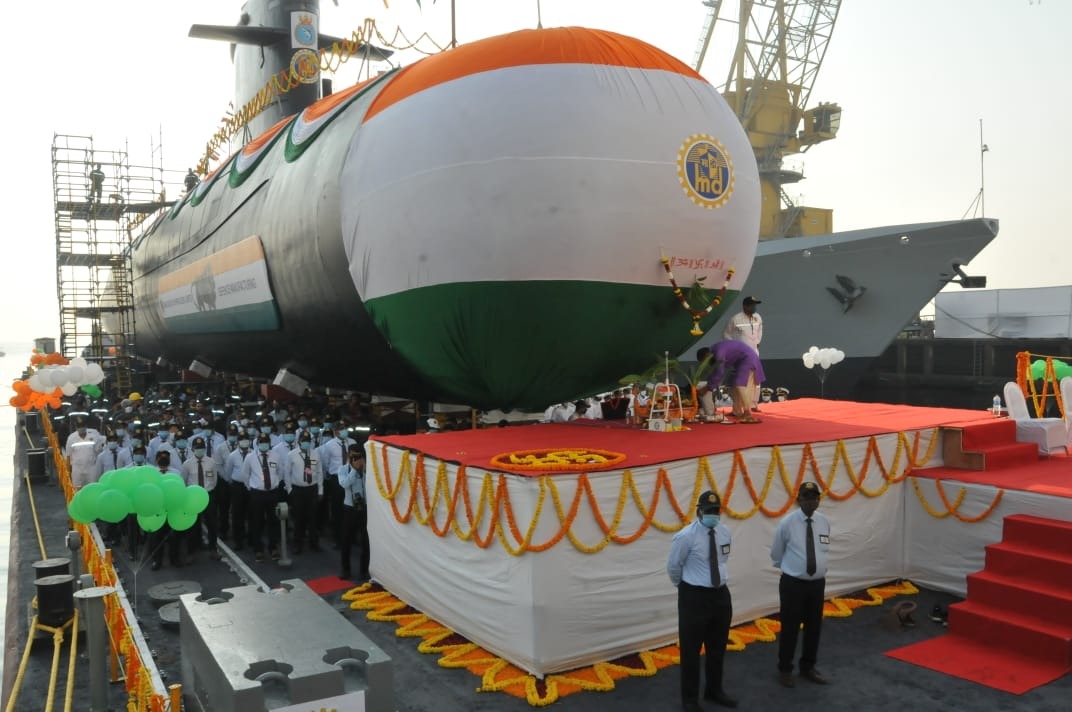 Notably, Scorpene submarines can undertake multifarious types of missions i.e Anti-Surface warfare, Anti-Submarine warfare, Intelligence gathering, Mine Laying, Area Surveillance etc. The Submarine is designed to operate in all theatres of operation, showcasing interoperability with other components of a Naval Task Force. It is a potent platform, marking a transformational shift in submarine operations.

With the launch of Vagir, India further cements its position as a Submarine Building Nation and MDL has more than lived up to its reputation as ‘Warship and Submarine Builders to the Nation’ This is totally in sync with the current impetus of the Government towards ‘Make in India’ and ‘Aatma Nirbhar Bharat’.

Two submarines of the ongoing Project-75 Scorpene programme at MDL, Kalvari and Khanderi, have been commissioned into the Indian Navy. The third submarine, Karanj, is in the last phase of rigorous sea trials. The fourth Scorpene, Vela, has commenced her sea trials, whilst the sixth and last submarine, Vagsheer, is being readied for boot together. The Scorpene project is given support by the Department of Defence Production (MoD) and Indian Navy throughout its various phases of construction.