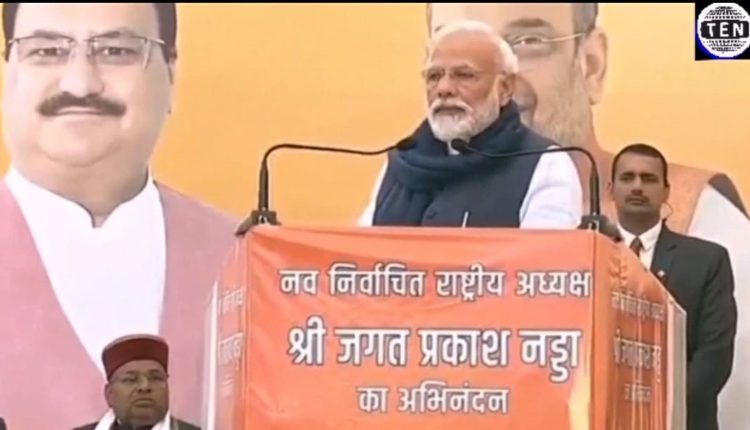 New Delhi (20/01/2020): Former Union minister and Senior BJP leaderJagat Prakash Nadda has been elected as the new president of the party unopposed.

Radhamohan Singh, incharge of BJP’s organizational elections, announced the election of Nadda. Prior to this, Nadda was playing the role of executive chairman. After the nomination process was over, Nadda remained the only candidate and was declared elected unopposed.

Nadda, who was appointed acting president of the BJP in June last year, has became the new president of the party. He was elected unopposed president in the presence of several big leaders including senior leaders LK Advani, Murali Manohar Joshi, Amit Shah, Rajnath Singh, Nitin Gadkari. The biggest challenge before him will be the Delhi Assembly elections.

On this occasion, Prime Minister Modi talked about the working culture of BJP and how it is different from others, at BJP HQ.

“We are not only different in our principles, but we also have different results. Nadda
A party worker like me comes from the village and becomes the national president, this is the specialty of the BJP”, commented PM Modi.

“We are not going to stop now. There are some states left and we will ensure that our reach reaches there as well. Today we are the largest party in the world, which holds the power of India. We have the highest number of MPs and MLAs”, added PM Modi.