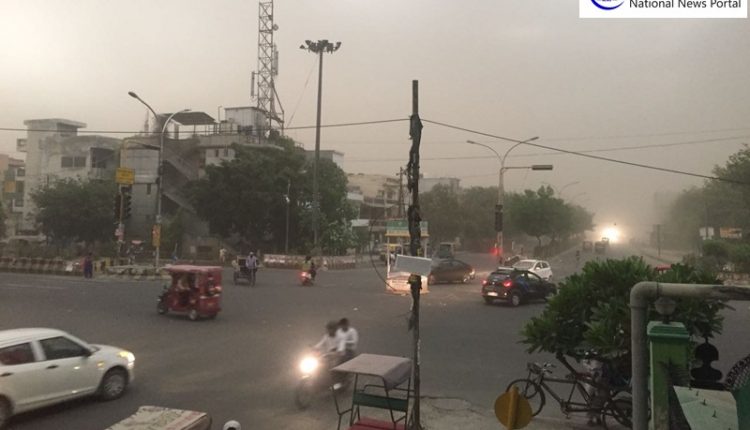 Yesterday evening the thunder storm caused massive damage in the city as winds measuring up to 100 km per hour uprooted number of hoardings and trees, damaging electricity lines and causing traffic jam at many places including highways. Electricity supply got disrupted for hours in many sectors in Greater Noida. Yesterday evenings thunderstorm left a trail of death and destruction in the city.

Because of an Illegal hoarding, a mother and son got grievously injured and on the way the lay succumbed to her injuries. Later she was identified as Jebunissa aged 55 a resident of Hebatpur village. The situation of her son is told to be critical.

As per the information the duo were returning from Haldwani on a bike when under Bishrakh Police station near Jeevan Stellar apartment an illegal hording poll, advertising Gaur city project fell over them because of the strong winds.

Jebunissa died on the spot while her son Ikram got seriously injured. After getting information of the incident police rushed to the spot and by the help of locals admitted Ikram to a nearby private hospital.

Family members of the victims are now planning to file an FIR against Gaur City.