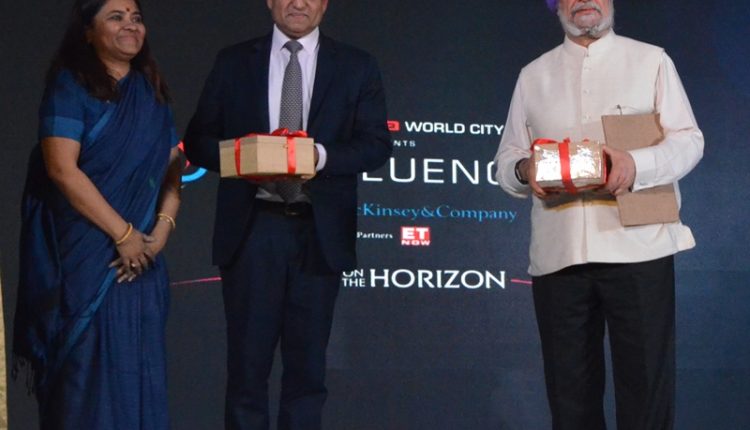 Till 2030, 50% Of India’s Population Would shift to Urban, says Union Minister Hardeep S Puri at Confluence 2018 in Delhi

New Delhi: Union Minister of State in the Ministry of Housing & Urban Affairs, Hardeep Singh Puri said that till 2030, 50 per cent of India’s population would move to Urban and we are on some models to tackle it.

He said while addressing the fourth edition of Confluence 2018 organised by Mahindra World City in Delhi on Thursday.
He further said that the Urban India give 90% tax and share 65% in GDP. Sensing the gravity of the matter, the NDA government has introduced slew of flagships for urbanisation – Clean India campaign, 100 Smart cities and Affordable Housing scheme.
Mahindra Lifespace Developers Limited (MLDL), the real estate and infrastructure development arm of the Mahindra Group organised Confluence 2018 with a theme of ‘Cities on the Horizon; anchored around new thinking, innovation and youthfulness.’
The main objective of organising the event is to accelerate urbanisation in lndia, Confluence reviews current urban trends to better understand the shape and form of future habitats, and address challenges related to cities of the future.
The event witnessed participation by key national and industry leaders, Union Minister of State in the Ministry of Housing & Urban Affairs, Hardeep Singh Puri; Union Minister for Railways & Coal, Piyush Goyal, and Chairman, Mahindra Group, Anand Mahindra.

One of the first sessions, titled ‘The Art Of Looking Sideways’, highlighted the need for a young, solutionsfirst approach, wherein stakeholders and their innovative approaches redefine and rethink critical urban issues. These are real-time crusaders whose efforts will slowly but surely impact the experience of living.