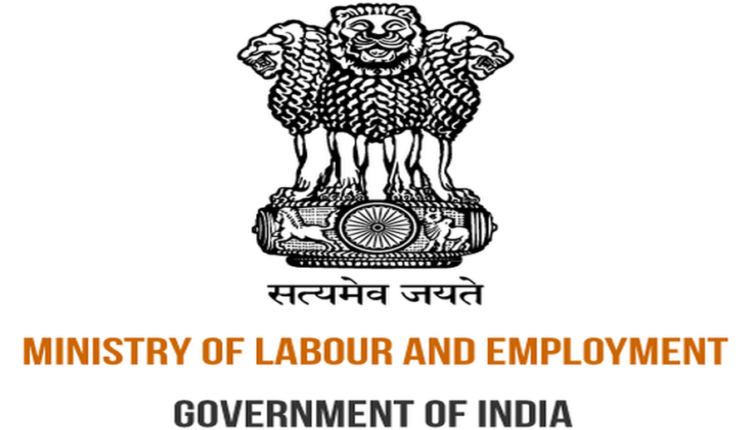 The Ministry of Labour and Employment has today allayed all fears and doubts about historical game changer reforms bills known as Labour Codes passed by Parliament a few days ago. Union Labour Ministry has stated that the criticisms being aired are misfounded. In a pointed clarification on raising employee limit of smaller Units for closure to 300, the Ministry has underlined that Department related Parliamentary Standing Committee had  also recommended increase in threshold from 100 workers to 300 workers for seeking prior permission for retrenchment, lay-off and closure.  It is only the aspect of prior permission of the appropriate Government which has been removed and other benefits and workers’ rights have been kept intact. The workers’ rights such as notice before retrenchment, compensation at the rate of 15 days wages per completed year of service and pay in lieu of notice period has not been compromised.  Further, the IR Code envisages an additional monetary benefit equivalent to 15 days of wages under newly created Reskilling Fund. There has been no empirical evidence to suggest that higher threshold promotes hire and fire.

The Ministry also said that the Economic Survey, 2019 has analyzed about the pain of dwarfism prevalent in Indian firms.  Dwarfism refers to firms which are surviving for more than 10 years but their growth in terms of employment is stunted.  One of the inhibiting factors in creation of employment was observed to be the threshold of 100 workers under the Industrial Disputes Act, 1947. It was observed that threshold under Labour legislation creates perverse incentive to remain small. The State of Rajasthan in 2014 had increased the threshold from 100 to 300 workers and done away with the requirement of prior permission before retrenchment etc., in case of firms having less than 300 workers. The impact of increase in threshold in the state of Rajasthan, showed that average number of factories in Rajasthan having more than 100 increased significantly as compared to the rest of India.  The total output in those factories also increased.  15 more States have already enhanced threshold to 300 workers.

It further said that following the example of Rajasthan, Sixteen States, including Rajasthan, had already increased threshold under the ID Act from 100 workers to 300 workers, before passing of IR Code.  These States include, AP, Arunachal Pradesh, Assam, Bihar, Goa, Gujarat, Haryana, HP, Jharkhand, Karnataka, MP,  Meghalaya, Odisha, requirement of permission before retrenchment or closure does not serve much purpose but at the same time leads to accumulation of losses and liabilities of the firm on the verge of closure.

​Refuting rumours that Fixed Term Employment introduces hire and fire, Ministry said that Fixed Term Employment has already been notified by Central Government and 14 other States. These States include Assam, Bihar, Goa, Gujarat, Haryana, Himachal Pradesh, Jharkhand (apparel and made up) Karnataka, MP,  Odisha, Punjab, Rajasthan, UP (textile and EOU), and Uttarakhand.

​Non-availability of fixed-term employment implied that an employer had options to either employ on regular basis or through contractual basis.  The employment of workers through contractual basis means higher transaction cost to employer, lack of permanence of contract labour, untrained, unskilled contract labour.  It also lacked committed and long-term relationship between employer and contract labour, as there are on ground two employers, i.e., contractor and principal employer.

The Ministry emohasised that Fixed Term Employment is pro-worker. It would be possible for an employer to enter into fixed term contract directly with the worker or the employee rather than going through contractor. There have been allegations that the contractors charges full amount in terms of minimum wage and other entitled benefits like EPF, ESIC but do not pass the same to the contract labour.

Union Labour Ministry also said that a fixed term employee has been made statutorily entitled for all benefits and service conditions equivalent to that of a regular employee. In fact the code on Industrial Relations also extends benefit of gratuity even for an FTE contract on Pro-rata basis which is five years in case of regular employee.

The definition of inter-state migrant worker was very restrictive in the Inter-state Migrant Worker Act, 1979.   It provided that a person who is recruited through a contractor in one state for employment in another state, to be an ‘Inter-state Migrant Worker’. The OSH Code expands the definition of migrant worker to include those workers who would be directly employed by the employer besides by contractor.  Further, it has also been made possible that a migrant, who comes on his own, in the destination State, can declare himself a migrant worker by registering on an electronic portal on the basis of self-declaration seeded with Aaadhar.  The registration on portal has been made simple and there is no requirement of any other document except Aaadhar.

The Ministry in this regard has also taken steps to develop a national data base to enrol unorganised workers including migrants, which will inter-alia help migrant workers  get jobs, map their skills and provide other social security benefits.  It will also help in better policy formulation for unorganised sector workers, in general.

A statutory provision for helpline for migrant workers has also been made.

The migrant workers will also be able to enjoy the benefits of portability in respect of ration and avail benefits from building and other construction cess. They will also get all other benefits of ESIC, EPFO and annual medical check-up etc.

Criticism of provision for allowing night shifts for women, Union Labour said is patently wring as OSH Code entitles gender equality in the New India. The Code envisages that women shall be entitled to be employed in all establishments for all types of work and they may be employed during night also.  However, sufficient safeguards for employing women at night have been provided. The consent of the women for employing them at night has been made mandatory. Further, the appropriate government shall prescribe conditions for safety, holidays and working hours or other conditions before permitting women to work at night.

Ministry also said that for the Rights for Working Journalists provisions have been made to strengthen the same. These include expansion of definition Working Journalist to include Journalists working in electronic and digital media and allowing Earned Leave for “working journalist” on full wages equivalent to not less than one eleventh of the period of service. The leave can be accumulated and accumulated leave can be encashed or availed.

It further said existing provisions for welfare of working journalists retained. The definition of Inter-State Migrant worker is same in the Social Security Code and the OSH Code. Rules drafted under Code on Wages provide for constitution of a technical committee for Working Journalist for fixing the minimum wages under the Code for the working journalist as defined in clause (f) of Section 2 of the Working Journalist and other Newspaper Employees (Conditions of Service) and Miscellaneous Provisions Act, 1955.

Further, Under Social Security Code, the eligibility for gratuity for working journalist has not been retained but the eligibility period has been improved to three years of service instead of five years for others.

(1)​​ For establishment carrying on hazardous and life threatening occupations, the Government can notify coverage even on establishment having workers less than the threshold.

(2)​​ ESIC has been extended to plantation workers.

(3) ​​Appointment letter has been made mandatory.

(5) ​​Bipartite safety committee has been introduced for establishments in factory, mines and plantation in place of hazardous factories.

(6)​​ Activities of the plantation worker dealing with like insecticides, pesticides have been included as hazardous processes.

(7) ​​Strengthening of provisions relating to inter-state migrant worker and including provision of annual journey allowance to visit home-town.

The Ministry has also said that the position of Trade Unions has been strengthened by introducing decentralised registration process. Ministry has dubbed apprehensions regarding 14 day notice period as totally misfounded. It has said that it only adds an opportunity for resolving the labour grievance before going on strike mandating establishments to attempt solving the issues.