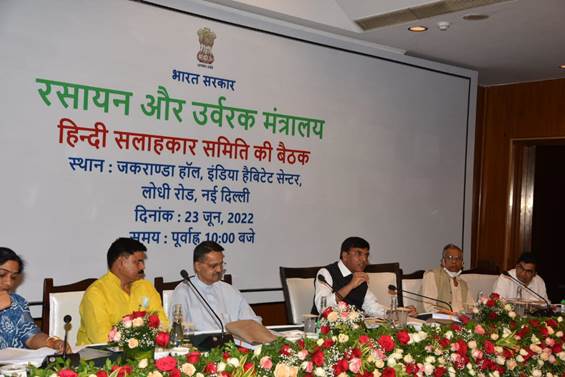 Usage of Hindi must be encouraged for promoting our cultural cohesiveness and expression: Dr. Mansukh Mandaviya

While quoting Mahatma Gandhi for using Hindi in the national discourse as a requirement for faster development, Dr. Mansukh Mandaviya said that our sole aim is the welfare of every citizen and progress of our country and for this we must encourage usage of Hindi language. It will promote our cultural cohesiveness and expression. It is for this resolve, we have constituted this forum. 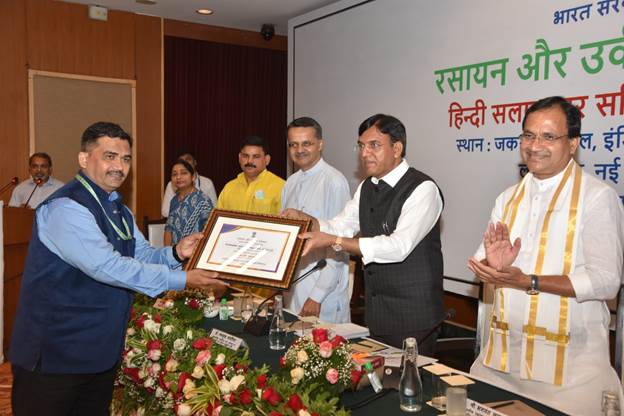 Dr. Mandaviya said that under the visionary leadership of the Hon’ble Prime Minister, we have observed the proliferation and promotion of usage of Hindi language not just in our country but on International platforms too. He said that “Further efforts must be taken up for connecting our citizens with this language. we must start by taking steps as only implementation would lead to any productive output. we must first start with our administrative setup first where work should be encouraged in Hindi language.

“Our constitution also directs us to promote Hindi language. Article 351 says that it shall be the duty of the Union to promote the spread of the Hindi language, to develop it so that it may serve as a medium of expression for all the elements of the composite culture of India and to secure its enrichment by assimilating without interfering with its genius, the forms, style and expressions used in Hindustani and in the other languages of India specified in the Eighth Schedule, and by drawing, wherever necessary or desirable, for its vocabulary, primarily on Sanskrit and secondarily on other languages”, he added.

Dr Mandaviya further clarified, “We must be careful that perception must not be created that Hindi language is being imposed on our citizens. It is in the interest of the nation and our aim too that all local languages must be supported as well. Language of expression can be any as our country is gifted with numerous languages and dialects. He further added that “Following a rigid status is not in anyone’s interest, modernization along with acceptability of our heritage cannot be enforced by a law but has to be accepted organically through an emotional connect with our people”.

Bhagwant Khuba, Minister of State for Chemicals & Fertilizers said that the Government of India is dedicated and working towards expanding the usage of the Hindi language in the country. He also thanked Dr Mansukh Mandaviya for providing his crucial guidance. He said that while it is important to promote usage of the Hindi language, avenues must be created to make it a common people’s language by using words of daily usage rather than words from colonial times. This would expedite the adaption of Hindi both in government and among our citizens.

Experts and stakeholders thanked the Minister for his guidance and provided their inputs in the meeting. Suggestions ranging from creating a Hindi shabdkosh with customisations at local level to celebrating World Hindi Day on 10th January with even greater fervour were given in the meeting. Thus a call for greater use of our official language in all aspects of governance and life was suggested.

Member of Parliament from Lok Sabha and Rajya Sabha, Managing Directors of Public Sector Undertakings, Experts of Hindi language and senior officials of the Ministry were also present at the meeting.

Country is moving in the direction of Citizen-Centric Governance: PM Modi