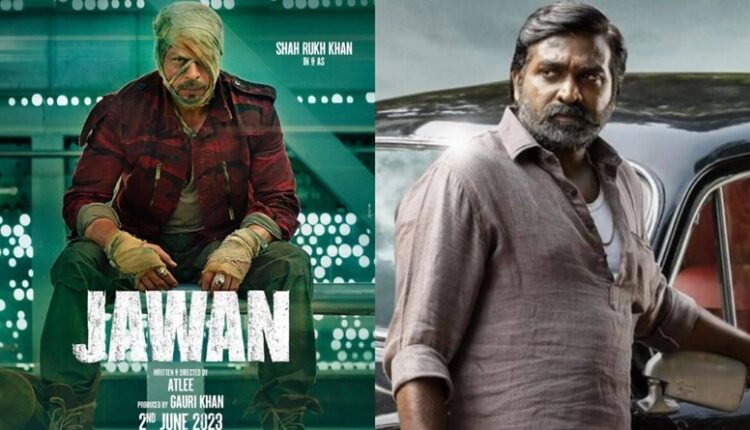 Was nervous before shooting for Jawan, Shahrukh went out of way to make me comfortable, reveals Vijay Sethupathi

Mumbai (Maharashtra), 19th Jan 2023: In an exclusive interview with a leading daily, Tamil film actor Vijay Sethupathi revealed that he was extremely nervous on the first day of shooting for his upcoming film Jawan, which also stars Bollywood superstar Shah Rukh Khan.

Vijay Sethupathi, who is known for his versatile acting skills, said that he was worried about how he would perform in front of Shah Rukh Khan, who is considered one of the biggest stars in Indian cinema.

However, his fears were put to rest when Shah Rukh Khan went out of his way to make him comfortable on the first day of shooting.

Sethupathi said, “Shah Rukh Khan didn’t have a scene on the first day of shoot, but he came to my vanity van and spent time with me. He made me comfortable and we even had a good chat. It was a very nice gesture and it made me feel at ease.”

Jawan is directed by debutant director Boney Kapoor and produced by his production house, Bayview Projects LLP. The movie is expected to be an action-thriller and is currently in the post-production stage.

Sethupathi has a string of hit films in his kitty, including Super Deluxe and Master, and is considered as one of the most sought-after actors in the Tamil film industry. His pairing with Shah Rukh Khan is highly anticipated by fans and the industry alike.

Sethupathi also praised Shah Rukh Khan’s acting skills and said that he learned a lot from him while working on the film and this movie is highly anticipated by fans and the industry alike.