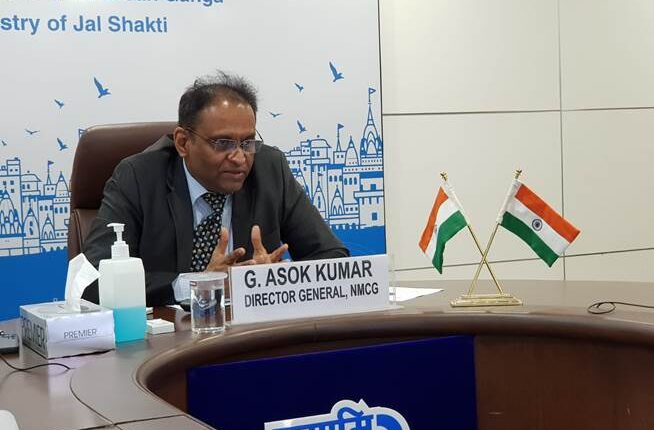 CHENNAI, January 17, 2023: We have a sufficient quantity of water, but we do not manage the water effectively, said G Asok Kumar, Director General, National Mission for Clean Ganga, Department of Water Resources, River Development and Ganga Rejuvenation, Ministry of Jal Shakti, Government of India.

He added that if we can handle the twin issues of water management and water governance, we could easily solve most of the water issues in the country.

Kumar addressed the 13th IWA International Conference on Water Reclamation and Reuse under the theme–Water Reuse: Overcoming the Challenges of Growth and Climate Change-hosted by FICCI.

He also alluded to the Swachh Bharat Mission, noting that ten crore toilets provided since 2014 led to achieving the open defection-free status. Thereby, ensuring the quality of water, he said. Further, he averred that the establishment of the Ministry of Jal Shakti in 2019 led to the “breaking up of silos” and made a difference through “coordinated, comprehensive decision-making.”

Speaking about Namami Gange, Kumar said, “We have 176 sewage projects with the capacity to treat over 5000 Million Litres per Day”. He added, “the UN ranked Namami Gange as one of the top-10 ecosystem restoration programmes in the world.” He also spoke on the “Catch The Rain” campaign, under which 47 lakh structures were made all over the country to harvest rainwater. “We are moving away from big dams to distributed storage”, he said.

He also noted the plans to rejuvenate river Cauvery on the lines of Namami Gange.

Kumar noted that India is the largest exploiter of groundwater, with 85 per cent of water used in agriculture and pointed to the Ministry of Jal Shakti initiative for the mapping and management of the aquifer systems of the country. In addition, he informed that six states have come out with a water management policy. Alluding to the Surat Corporation that sold treated water worth Rs 140 crore, he emphasised wastewater as a resource and a game changer.

Rajiv D Mittal, CEO, Va Tech Wabag, noted that with per capita water consumption going up due to the rise in population, the time has come to address the problem of water starvation with the involvement of water managers across the spectrum. He added that safely treated fresh water for human consumption could save millions of productive person-hours, thereby enhancing the nation’s GDP. Further, he said that supplying reliably treated water to industries can increase GDP by one per cent. Mittal suggested creating a blue credit mechanism along the lines of carbon credits, besides attracting private investment and putting in place a national framework for the safe reuse of treated water.

Dr Thomas Michael MOLLENKOPF, President, IWA, said Chennai is making a critical contribution towards addressing water problems with the linear approach and wastewater reuse and pollution management. However, he noted that impediments remain to a large degree in water reuse. Further, there is a need for community involvement, he added.

In her opening remarks, Naina Lal Kidwai, Chairman, FICCI Water Mission and Past President, FICCI, said the conference aims to disseminate ideas of water culture, conservation and reuse, besides giving a corporate focus towards water management in the country along with the involvement of private partners. She emphasised creating a market for treated wastewater as part of sustainable water practices. She lauded the efforts of Prime Minister Narendra Modi for projects involving the conservation of rivers in the country.

Dr GSK Velu, Chairman, FICCI Tamil Nadu State Council,said the centre is taking all steps to conserve water resources in the country. The River Ganga project is a shining example towards saving a sacred river, all with the initiatives of the Jal Mission under the stewardship of the Prime Minister. He also spoke at length on water, weather and climate change and shared his ideas on sustainable development goals in water management.