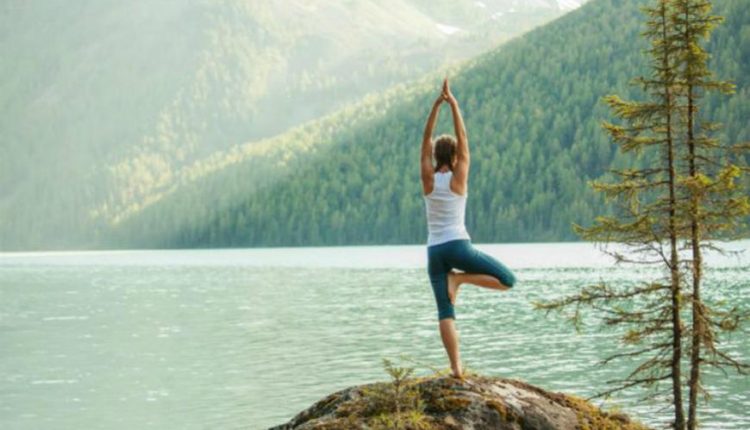 Yoga is not a Work-Out, it is a Work-In

Is it true that yoga helps reduce stress levels or correct bad posture as often promised? Maybe our perceptions about yoga are biased or maybe, as some critics have pointed out, there are downsides to yoga- some people get seriously injured, and some even die on their yoga mats. Let us not be overwhelmed by the increasing range of yoga “styles” – in essence, the yoga that most people in the world practice in one form or another is raja yoga ie yoga of physical and mental control.

Yoga is ancient, but it is not timeless-in contemporary times, one of the reasons that yoga is appealing is because it is seen as a mystical, ancient tradition. However, as I have discovered, the practice of yoga has gone through some profound shifts. We can see the enthusiasm in everyone wanting to do yoga but many of us are not aware of the “precaution list”. I am sure there are millions of people who have tried yoga and have left it in the middle because they could not see its major benefits: but they would never have had the courage to say anything against it. I am sure this propagandist approach to Yoga promotion will die its natural death in time saying: “we did many international programs for yoga awareness but we failed in promoting true yoga.”

Yoga is not analogous to physical exercise. Today, most people associate yoga closely with physical exercise and postures, known as asanas, designed to strengthen and stretch the body. However, there is more to yoga than just the physical, it also encompasses devotion, contemplation, and meditation; in fact the primary focus is on the mind. But as a teacher promoting spiritual wellbeing, I observe that one of the most common errors people make in daily conversation is to appeal to antiquity—what scholars call the “argumentum ad antiquities fallacy”—which says that something is good simply because it is old, and because it has always been done this way.

But in the practice of Ayurveda, a Hindu system of alternative health and medicine, people who have core characteristics in their personality, like intensity and fire, should work on balancing their energy by engaging in activities that promote the opposite effect. If you are competitive and ambitious, a gentler, softer practice would benefit you. If you are sluggish and tend to be more sedentary, you should work toward a more active or fiery yoga practice- it is about creating balance. In Ayurveda yoga, the intention is to adapt the yoga to the individual, not the other way around, as you may be unconsciously reinforcing negative tendencies.

Therefore, in the present context, yoga is a bag of mixed nuts. You never know what you’re going to get, and not all yogic experiences are created equal. There are some darker aspects of yoga that people often don’t talk about – this is what I call the negative concomitants of yoga.

In any of its forms, the purpose of Yoga is not just physical control, correct breathing, well-being or relaxation, but “enlightenment.” It is a “way of perfection” seeking nirvana (release from suffering) to achieve “enlightenment” (opening of the “third eye”) and” union with god.”This “union with the supreme” is the performance of duties in everyday life. Yoga does not just mean the yoga you do at the gym (some of which can hardly be called yoga,) but by yoga, I mean practices that get you in touch with your greater/inner self or your spirit. Everyone who has taken a yoga class has done a sun salutation, but many don’t realize that particular asana sequence is meant to be done literally as practice in regular yoga.

According to the Vedas, the breath is the source of our prana or life force and Ayama” in Sanskrit means extending or stretching so pranayama translates to controlling life force. A form of yoga all on its own, what may seem like simple breath exercises are incredibly powerful when done in isolation or in preparation of meditation. In all of creation there is no better and more powerful medicine, tool, techniques, methods etc. than tuning in with the rhythm and laws of Divine and Almighty Nature through deep meditation.

Yoga is described as ancient knowledge of the human mind and is known to have close connection with the body.  Divine/ True yoga involves meditation which brings one in contact with his/her own consciousness -this is the true yoga for the salvation of man as expounded by Sri Krishna and the spiritual masters of India. I do not separate the two but one can use both body and mind.  By concentrating on the present activity the noise ceases and one is fully ‘present’ in the activity and not in one’s thoughts.

Meditation has been practiced for thousands of years and it originally deepened understanding of the sacred and mystical forces of life. These days meditation is commonly used for relaxation and stress reduction. Meditation is considered a type of mind-body complementary medicine and can produce a deep state of relaxation and a tranquil mind. During meditation, you focus your attention and eliminate the stream of jumbled thoughts that may be crowding your mind with which in turn causes stress. You can make meditation as formal or informal as you like-in any way it suits your lifestyle and situation. Some people build meditation into their daily routine, for example- they may start and end each day with an hour of meditation  but all you really need is 10-15 minutes of meditation daily.

However, yoga does count as a strengthening exercise, and at least two sessions a week will help you meet the guidelines on muscle-strengthening activities. In contrast to most other yoga asana practices, you have to learn how to select them .One of the best ways to make your daily life easier, lighter, more positive and less stressful is to learn to avoid creating problems when there are none.

Nevertheless, it isn’t easy to free one’s mind when we are constantly busy in a restless and sometimes overwhelming environment. The mind is generally never focused on what one is doing in the present  instead it is worrying about what’s coming later and judging oneself for what one did or didn’t do in the past, or for not being everything one thinks they should be. The mind could be thinking, “What’s for dinner later” or “I should have sent that application” or “I forgot to thank so-and-so for their nice gift” or “I’m so fat” or “Why is this person next to me so slim?” The science that we know is an invention and a material, an atomic, a nuclear and organic journey but the science of self-discovery takes you to the center of everything, to the centre of self and one’s inner consciousness.

Moreover, the practice of yoga is misunderstood! There are misinterpretations of the Vedas, of the Upanishads, of the GÎTÂ, of this whole philosophy of Vedanta. The whole thing is in such a mess that we hope – with this voice of revival and with a simple and natural system of practicing dhyan yoga one can experience  inner reality – the situation will change, the understanding will change and it’s a job that needs time and devotion.

One should not create a mountain out of a molehill! Transforming small issues into complicated ones will only bring about an unnecessary dose of stress. Your body is home to all planets and is the gateway of all heavens, the gateway of your consciousness and the door to god is within your body. There is no door to realization, heaven, satisfaction, fulfillment, silence, peace, ananda in the outside objective/ materialistic world. These are within you!

Avian Influenza: The Return of the havoc