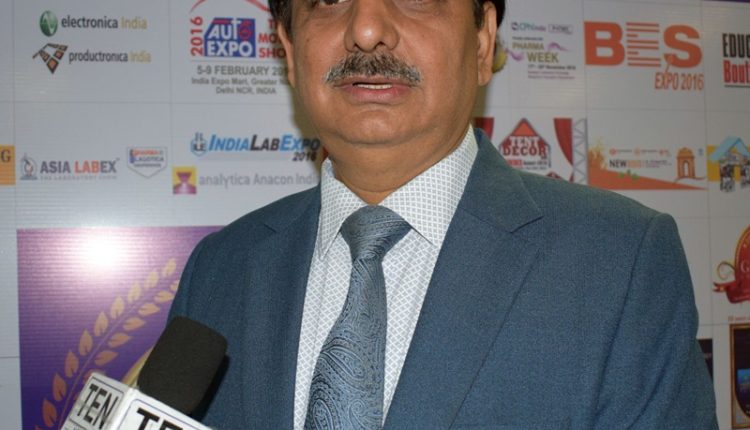 NEW DELHI – 20th January’ 2021 – The globally acclaimed IHGF Delhi Fair heading towards its 51st edition – in a physical mode at India Expo Centre & Mart, Greater Noida. The situation in India as far as COVID-19 is concerned is under control and in a much better position as compared to many other nations across the globe. Under the able leadership of the Hon’ble Prime Minister of India, the largest vaccination programme in the world as well as in India is started and is poised to take on the challenge and overcome this unfortunate adversity. We understand the time of gloom is certainly going to be over and we have to look forward to a new dawn with great vigour, enthusiasm and energy said Dr. Rakesh Kumar, Director General-EPCH.

Speaking on the occasion, Dr. Rakesh Kumar, Director General-EPCH informed that based on the feedback from participants and in a meeting of Committee of Administration (COA) and Regional Coordinators of Export Promotion Council for Handicrafts (EPCH) and considering the significance of IHGF Delhi fair in business promotion and business generation, it has been decided to reschedule IHGF Delhi Fair to 1st WEEK OF MAY’2021 at India Expo Centre & Mart, Greater Noida. Rescheduled exact dates of IHGF Delhi Fair will be announced shortly upon receipt of feedback from overseas buyers/importers for which a survey is being conducted accordingly by the Council. Dr. Rakesh Kumar, Director General-EPCH further said that the Council will explore all possible opportunities to conduct the fair in the most friendly, business conducive and safe environment.

Turmoils of the soldiers’ families are often overlooked: Sharman Joshi while…