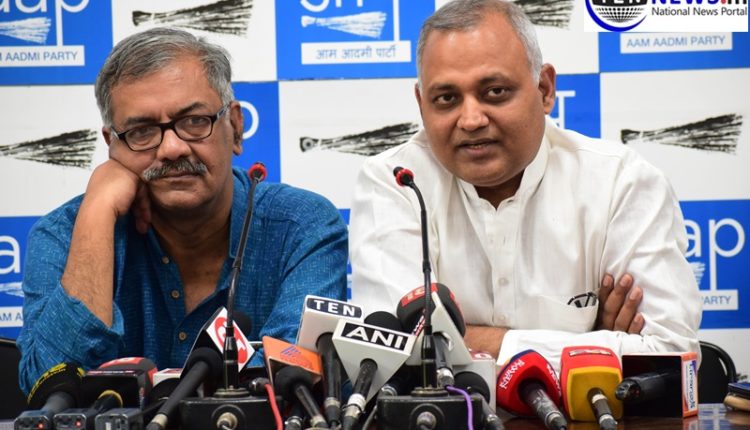 AAP supports LDF in Kerala, Says News about their support to UDF is Fake!

The fissures within the Kerala unit of Aam Aadmi Party (AAP) came to the fore on Friday as the party’s central leadership issued a show cause notice to the state unit over its support to Congress-led Left Democratic Front (LDF) in the upcoming Lok Sabha elections at a press conference held in national capital where leader Somnath Bharathi passed this statement.

Somanath Bharathi today, asserted that the party will be expelling C R Neelakandan from the membership list for conducting a press conference without the knowledge of AAP officials in which he declared AAP’s support to United Democratic Front (UDF).

The AAP party leader Somanath Bharathi have reported and confirmed the news regarding the same in a press conference where CPM party member Agam Nilothpal was present.

AAP supports LDF in KeralaSays News about their support to UDF is Fake!
0 251
Share FacebookTwitterGoogle+ReddItWhatsAppPinterestEmail