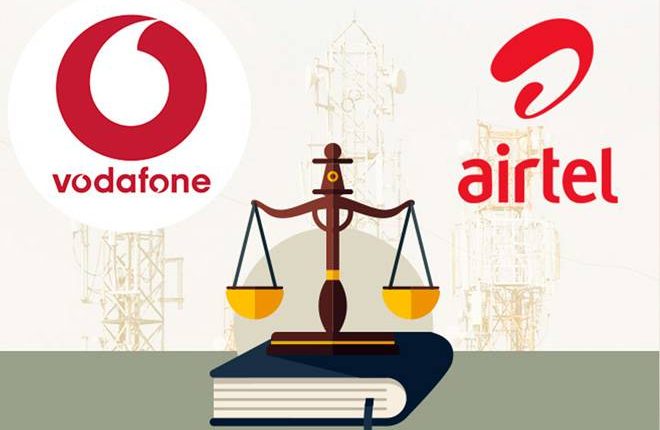 The AGR issue is one of the longest going battle between the telecom companies and the Government of India i.e. DoT (Department of Telecommunication).

Now, let’s dig deep to understand the entire saga. For a telecom company to operate in India, it would need two things from the Government, 1. The telecom license 2. The spectrum.

The telecom license is akin to taking permission from the Government for operating in the telecom sector. The spectrum, in a simple language is the fees telecoms pay for the range of electromagnetic waves. To simplify further, the internet speed we get as a customer depends on the spectrum (2G, 3G, 4G in common parlance).
Now, let’s understand the timeline.

1. In 1994, the National Telecom Policy (NTP) was introduced and with its introduction, the Government started allocating the telecom licenses. The deal was to pay a fixed fee for license and the spectrum per year.[2] But, the telcos failed to pay the amount as they were struggling to break even.

2. In 1999, New Telecom Policy was introduced, which made changes in the way the telecom companies were required to pay for the license and the spectrum. The deal was to pay a percentage of the AGR (Adjusted Gross Revenue).

Now, let us understand what AGR is!

‘Raju’ is a ‘Vodafone’ user and he calls his friend ‘Vivek’ who uses the services of ‘Jio’. Now when Raju calls Vivek, his operator (Vodafone) will charge money for connecting to the other operator (Jio). Now, please note that the money collected by Vodafone from ‘Raju’ is actually owed to Jio. Hence, Vodafone will transfer the money to Jio. This is called as IUC (Interconnect Usage Charge). Now, the amount collected by Vodafone is its revenue but in true sense it is not the money retained by it, as it has to transfer it to Jio. Hence, the revenue of Vodafone will be adjusted and deducted to the extent of IUC paid to Jio and Jio’s revenue will be adjusted and maximized to that extent.

Hence, the term AGR: Adjusted Gross Revenue is used and not simply Gross Revenue. So, in 1999, the new deal was that the telecoms were required to pay the following percentage of AGR:

How Telecom companies earn ‘revenue’?
1. Revenue from telecom business: This is nothing but their core activity. This is the money they charge their users for telecom services they provide.
2. Revenue from other activities: This would include income of interest on bank deposits, money received on sale of towers and so on.

Let’s see what both these sides had to say, 1. Telecom Companies: Look, you have provided us the license and the spectrum to run our telecom business. We will pay you the decided fixed percentage of our revenues from our core telecom business. 2. DoT: No, that is not how it is done. We have given you the license and the spectrum. Revenue would include the money earned from ‘Core telecom business’ as well as from ‘Other activities’. The interest on your fixed deposit is because of the money you earn from the license and spectrum, which is provided by us. Pay us a fixed percentage of every penny you earn. In the year 2007, the matter was discussed in the court and after ages in 2019, on 24th of October, the Supreme Court ruled in favor of the DoT. The amount over the years aggregated to a huge number.

From the list above, the active players are only, • Bharti Airtel • Vodafone-Idea • BSNL • Reliance Jio.

Supreme court ordered the companies to pay the amount by January 2020 (a very short span a time, clearly). Naturally, the companies could not pay the amount by 23rd January 2020. The telcos requested the Supreme Court to allow them an extended time of 20 years! If not, the telecom industry would collapse causing a great loss to the consumer. Justice Arun Mishra heading the apex court bench said, “Are these telecom companies ready to issue a Bank guarantee? Are directors willing to issue a personal guarantee? Undertakings will have to be there, or else, we can’t allow such staggered payout without securing the government’s dues.” “Who has seen 20 years?
The bottom line is, supreme court rules! The telecom sector is more of a duopoly play now, with Reliance Jio in the sweet spot and Bharti Airtel the runner up. Time will tell how well Vodafone-Idea can sustain.

Directions under Section 35A read with Section 56 of the Banking Regulation Act,…