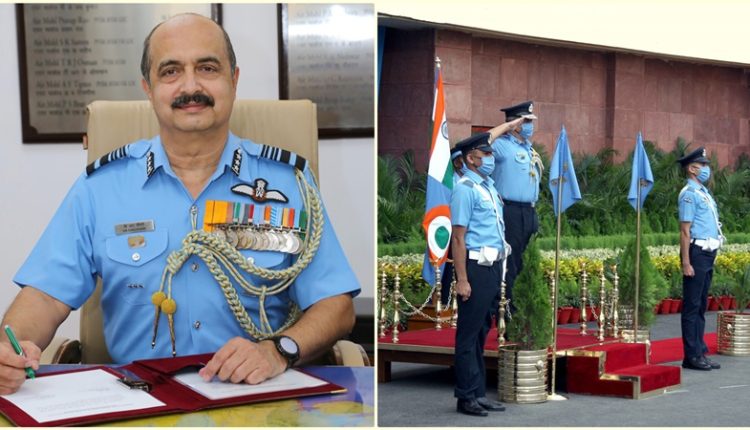 Air Marshal Vivek Ram Chaudhari PVSM AVSM VM took over as the Vice Chief of the Air Staff on 01 Jul 21. The Air Marshal was commissioned in the Fighter stream of the IAF on 29 Dec 82. The Air Officer has a flying experience of more than 3800 hrs on a wide variety of fighter and trainer aircraft, including missions flown during Op-Meghdoot and Op-Safed Sagar.

He is an alumnus of National Defence Academy and Defence Services Staff College, Wellington.

During his illustrious career in the IAF, the Air Officer has commanded a frontline Fighter Sqn and a Fighter base. As an Air Vice Marshal, he has been Deputy Commandant, Air Force Academy, Assistant Chief of Air Staff Operations (Air Defence) and Assistant Chief of Air Staff (Personnel Officers). He has also held the coveted appointments of Deputy Chief of the Air Staff at Air HQ and Senior Air Staff Officer at Eastern Air Command. Prior to assuming the present appointment, he was the Air Officer Commanding-in-Chief of Western Air Command.

He has succeeded Air Marshal HS Arora PVSM AVSM, who retired after more than 39 years of illustrious service on 30 Jun 21. During his tenure as VCAS, he was instrumental in ensuring prompt and optimum operational deployment of assets in proportionate response to the developing situation in Eastern Ladakh. Under his guidance, IAF also effectively contributed towards various HADR and COVID related tasks, both within India and abroad.

On the occasion, the Air Marshals were presented the ceremonial Guard of Honour at Air Headquarters.  They also took part in the wreath laying ceremony at the National War Memorial.