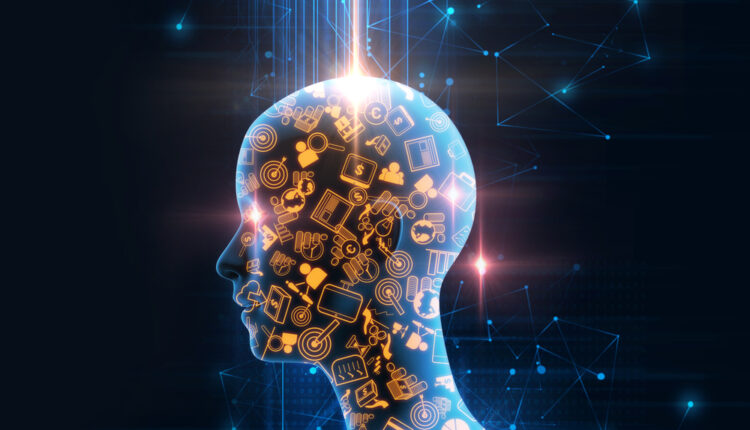 Artificial Intelligence: What is it and how is it shaping our lives?

While Human Intelligence aims to adapt to new environments by combining different cognitive processes, Artificial Intelligence (AI) promises to build machines that can mimic human behaviour and perform human-like actions. The difference however is, whereas the human brain is analogous, machines are digital and whereas human intelligence is the ability to think, analyse and apply, AI machines react to the data given to them. Human intelligence is due to our senses that build the cognitive abilities for us, operating through a dynamic nerve cell network.

We can think, Our expressions can modify our thoughts, we can comprehend complex ideas, and easily solve logical problems. We can even adapt to new situations, use knowledge to manipulate our environment and speak and understand multiple languages. Can we pick a few threads from here to build what we term as AI?

It is “the science and engineering of making intelligent machines, especially intelligent computer programs,” said John McCarthy, an American computer and cognitive scientist and one of the founders of the discipline of AI. It is an approach to make a computer, a robot, or a product to think like a human being or being smart. It is a retrofit of how our brain thinks, learns, decides and works, when it tries to solve problems. An important aim of AI is to improve computer functions which are related to human knowledge, for example, reasoning, learning, and problem-solving, Perception and Linguistic Intelligence. There are some long-term goals in the general intelligence sector too.

We often create software or devices which can solve real-world problems, be it in the health sector or marketing or managing traffic or any other, very easily and with accuracy. These days, we even create our own personal virtual assistants, such as Cortana, Google Assistant, Siri or build such Robots which can work in hazardous environments where survival of humans can be at risk. They have a higher speed of execution, have higher operational capacity and exactness. Gaming, Natural Language Processing, Expert Systems, Machine Learning, Vision Systems, Speech Recognition, Handwriting Recognition are all some great application areas of AI. Biology, Psychology, Sociology, Computer Science, Neurons Study, Probability, Statistics and any computer language such as C, C++, Java, or Python may be required to understand the nuts and bolts of AI. But do not worry. AI still can be understood and in very simple terms. Human brain is a complex network of neurons which use electrical impulses and chemical signals to transmit information between different areas of the brain, and between the brain and rest of the neural network. However, in the computer world, a neural network is a series of algorithms that helps recognize underlying relationships, in a set of data through a process that mimics the way the human brain operates. Hence in AI, neural networks refer to systems of neurons, either organic or artificial in nature. The data of course, comes from various sensors that measure physical quantities similar to the way our five main sensors measure.

Unlike human brain, most basic AI systems are purely reactive, and have the ability neither to form memories nor to use past experiences to inform current decisions. It doesn’t have any concept nor memory of the past though that’s not the end. At a slightly higher level, there are limited memory
models. These extract knowledge from previously learned information, facts, stored data or events and are termed machine learning models. As distinct from reactive machines, the limited memory models build basic knowledge by learning from the past and analysing actions or data given to them.

These models are built by numerical cycles which expand quickly into more precise models, estimate real time systems and also interpret. Amazon’s Alexa, Google Assistant, and Apple’s Siri are limited memory models. They are also found in many chatbots and self-driving cars.

Did you realise that we often try and analyse or judge other people by ascribing mental states to them or surmising what is happening in their mind. We may do that by analysing their beliefs, desires, intentions, emotions, and thoughts. Psychology defines this as “Theory of the Mind”. This is an
important component of human cognition.

We can learn from past mistakes. We are innovative. We adapt to changes quickly, we are better at social interaction, we have self-awareness, and we are considerate to others’ emotions, all of which are difficult for AI machines to mimic. They can only learn from information and through regular training. That anyway is today’s AI. And yes, what we cannot do is, ace a computer in its speed of working with or manipulating numbers and repeating tasks with accuracy. Advanced models of AI must have the same capability of inferring human mental states so it can be integrated into human society. Self-aware AI is where the machines are aware of themselves and perceive their internal states and others emotions, behaviours, and acumen. However, this AI is as yet WIP. The day it is fully developed, we will surely witness a robot with human-level consciousness and intelligence.

AI can help humans if used wisely. It has already caused a virtual mayhem of entry level jobs. Machine Learning, Predictive Analytics and Deep Learning are redefining the role of humans. Even professionals with more than five years’ experience are being forced to reinvent themselves to stay relevant. Several start-ups have systematically closed shop.

We use Google Maps, autocorrect, smart speakers, face recognition, and many more. All of these can self-learn, self- analyse, and also self-correct themselves. Would a full-blown development of AI spell end of the human race as Stephen hawking predicts, will be known in time. On the other hand, will we become more productive in future and live a more reasonable life is a question with no easy answers. Apparently, we live in a smart world. Smart cities, smart healthcare, smart watch, smart TV, smart food, smart gym, smart learning and smart what not. Are we now smarting under an overdose of our own smartness?