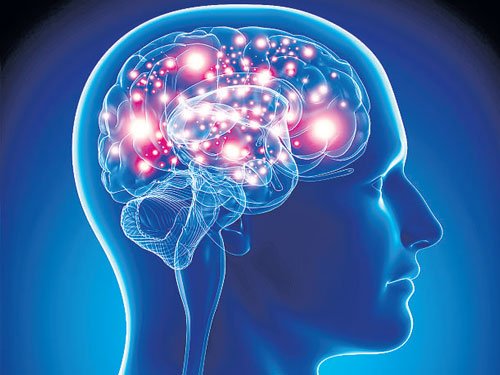 We begin creating intelligence and end up organizing it, controlling it, directing it and transforming it, because we have feelings, sensations and emotions. We are in constant interaction with our cognitive system that defines ideas like dreams, loss of interest, distress and pleasure. How do we do all this?

Our cognitive abilities are reasoning, problem solving, planning, abstract thinking, complex idea comprehension, and learning from experience. They help us in our perception and build intelligence. Our five senses such as ability to see, taste, touch, smell, and hear, help us in accumulating data required to build our cognitive abilities. We have some additional senses too. Ever realised how we understand where our body is in space, or touch our finger to the tip of our nose, even with our eyes closed, or climb steps without actually looking at them? This is proprioception which tells us our movement and position of our limbs and muscles. Why do we feel the pressure when someone presses down on the skin? This is mechano-sensation. Even the movement to control balance and tilt of the head is sensed. How do we sense stretching in muscles and tendons or keep track of our limbs? Kinaesthetic receptors help us do it. There are even receptors to detect levels of oxygen in certain arteries of our bloodstream. Stephen Hawking, an English theoretical physicist once said “Science facts can be much more astounding than Science Fiction”. What we thought were in the realm of fantasy earlier are today in the domain of facts. Artificial intelligence (AI) and Robotics are two such realities today, which were in the realm of fantasy a few decades back.

We hear people talk routinely about everything today, as powered by AI. How much of it is real? How much is fiction? Every being, not just humans, that has a nervous system will have some form of intelligence. Human intelligence is much superior to everyone else’s and that includes AI. David Wechsler one of the most renowned psychologists who pioneered the field of cognitive psychology, had once said, “Intelligence is the aggregate or global capacity of the individual to act purposefully, to think rationally and to deal effectively with his environment”.

Let’s look at an interesting fact. Have you ever seen people perceiving senses differently? Some People can see sounds as colours or associate certain sights with smells. This is called synaesthesia. Human perception intelligence is built continually over a human being’s life time. Given that some senses are well developed and some not so developed or subject to injury, the data inputs vary from being to being, which means the intelligence of perception will also vary.

How then is intelligence measured?

If we compare the mental age to the chronological age, the result is the IQ, a measure of intelligence that is adjusted for age. Obviously if one behaves as a 6-year-old when one actually is 30 years, be sure, people will ridicule. So, if the sense receptors are providing the data, how does our brain analyse and tell the body what to do in response? The brain works like a big computer, though it does much more than what even the biggest computers can do.

Brain tissue is made up of about 100 billion nerve cells or neurons and one trillion supporting cells which stabilize the tissue. Neurons are the information messengers. They use electrical impulses and chemical signals to transmit information between different areas of the brain, and between the brain and rest of the nervous system.

The functional basis of any biological nervous system is a reflex, or a simple path along which a nerve impulse goes from one neuron to another. The word “path” is very important since this is the most important difference between biological intelligence and the artificial intelligence we want to create.

Our thoughts are not special signals, but special pathways along which nerve impulses travel. Hence a chain of neurons is a reflex. Our nervous system has two distinct facets. One is an active network, involved in the direct control of real reactions. The other is a passive network, which creates and
uses chains of neurons, but does not really control any physical action. Even as these neurons, do not participate in real actions, they act as training sites for real actions and help us learn new reflexes. The nervous system controls our individual reflexes and a host of complex reactions that form our behavioural strategies. All these reactions need energy too. In a way, AI mimics the human nervous system.

A fairly accurate resting metabolic rate, (RMR) test indicates that for any mental activity, that includes sleep, we need 12 to 20 watts, and for the whole body to work, from 60 to 100 watts.

50% of the glucose produced by the liver and entering the blood stream is used by the brain neurons, which make up only 2% of our total body weight. In fact, our brain, even at a minimum activity, consumes the maximum energy that our body can allocate for this. How does a PC compare?

An average PC in sleep mode consumes only 10-20 watts, while when running resource-intensive programs, its power consumption increases 10-20 times or up to 200 watts. If our brain were to increase its requirement of energy like a PC does, we will simply die or at least faint. So how does the human brain optimise on energy? It generates approximately the same number of impulses regardless of the situation and the current task, meaning, its energy consumption remains practically constant regardless of what a person is doing, whether he is resting or solving complex intellectual problems. Simply amazing.

Actually, our brain is a complex art form, for the way it is arranged. The path, along which a nerve impulse runs, depends on how exactly the docking nodes called the synapses, connecting nerve cells to the neurons are triggered. These junction points called the synapses have tiny transmembrane proteins, ionotropic receptors or ion channels that allow ions such as sodium or potassium to pass through biological membranes and thereby generate a nerve impulse. A biological nervous system or how we perceive is not a computational function like in a computer, but a reflex. The insights into that reflex allows us greater understanding into AI.

PM pays tribute to Mulayam Singh Yadav on his demise

Artificial Intelligence: What is it and how is it shaping our lives?