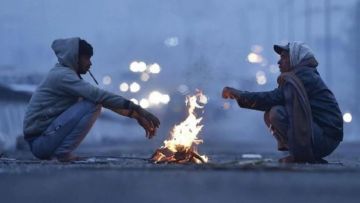 Delhi (India),17th Jan 2023: Delhi is in the middle of a prolonged cold wave, with temperatures expected to remain low for the next two days.

The minimum temperature recorded at Safdarjung Observatory, which is representative of Delhi’s weather, was 2.4°C on Tuesday morning, with temperatures at other locations likely to have dipped even lower.

The cold wave gripping the northern plains was expected to continue for the next two days. The minimum temperature oscillated between 1-2 °C at Safdarjung, while it may have dipped even lower at other locations.

This was Safdarjung’s sixth “cold wave” day in January this year, making it the longest such spell in January since 2013.