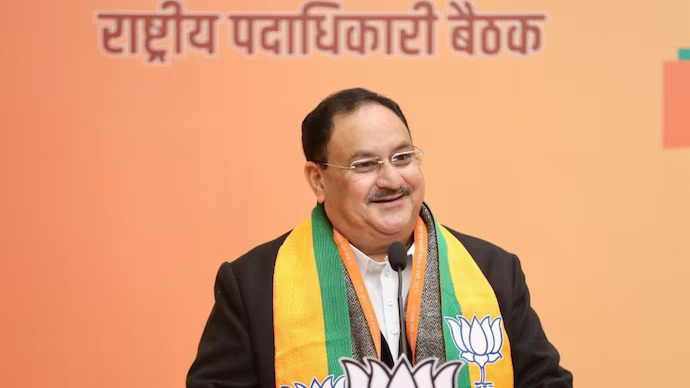 New Delhi, (17/01/2023): BJP President JP Nadda has set a high bar for the party, urging leaders and cadres to ensure the BJP wins all nine state assembly elections this year.

Speaking at the BJP National Executive meeting in New Delhi on Monday, Nadda said the party should aim to replicate the election success the BJP achieved in Gujarat in the recent assembly polls.

“He exhorted the party to be ready with full commitment to see that the BJP wins all nine states this year as a prelude to 2024.” We should not lose a single state. “The party workers have to tighten the belt, and the party should not be defeated,” BJP leader and former Union minister Ravi Shankar Prasad said, quoting Nadda’s address.

Nadda also highlighted the importance of booth-level work, citing the success of the Gujarat polls as an example. He said the party should follow the example of the Prime Minister, who led the election campaign from the front, while the state unit, with all its leaders and workers, worked from the booth level.

These elections are seen as a precursor to the 2024 Lok Sabha elections, and the BJP is hoping to replicate the success of the Gujarat polls across all nine states. Nadda has made it clear that the party should not lose any of the nine states and has asked the cadres to work hard to ensure a win.