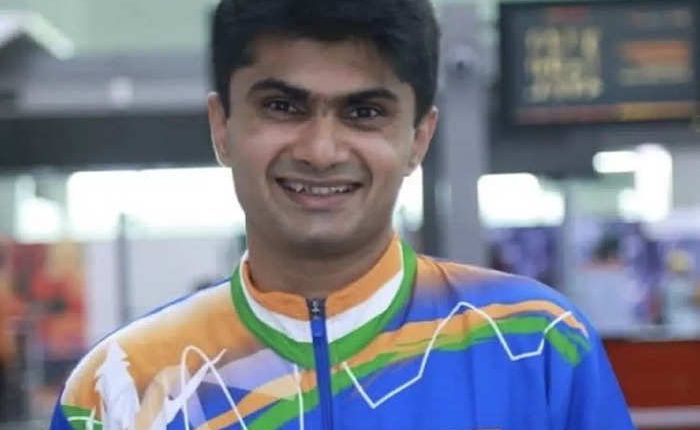 DM Suhas LY features in The Sport Heroes National Anthem, to be released on Monday

NOIDA (24/01/2022): Gautam Buddh Nagar district magistrate is a man of many talents and he has already earned laurels for his sporting feat in Tokyo Paralympics.

While he is a tough administrator, his badminton skills on court too have earned him many fans across the world.

And his fame is only growing with every passing day. The testimony of it is going to be a special version of National anthem which will feature prominent sports personalities who have won medals in Tokyo Paralympics and Olympics.

Sharing screen space with likes of Neeraj Chopra and others would be District Magistrate Suhas LY.

The video is scheduled to be released today.

“Extremely proud to announce the first look of ‘The Sports Heroes’, Indian National Anthem video featuring Tokyo Olympic and Paralympic medalists which will be released on the YouTube channel of the sports heroes on 24th January 2022,” a tweet said.

Ahead of Assembly polls, Kejriwal seeks testimony of Delhiites on development

People in abroad more interested in Indian culture than our own people: Padma Shri…