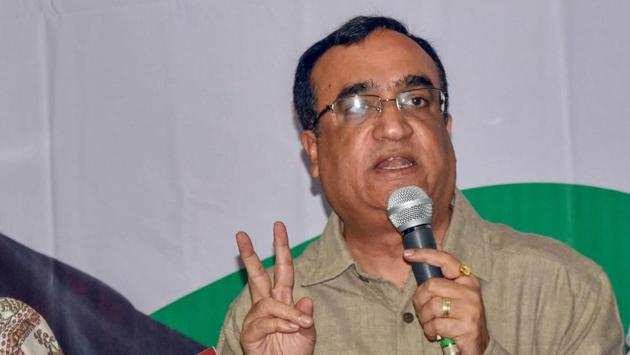 Education Ministry is one of the worst performing ministries under the AAP rule: Ajay Maken

Delhi Pradesh Congress Committee president Ajay Maken slammed Aam Aadmi Party Government Deputy Chief Minister Manish
Sisodia for his irresponsible remark in a television interview that “had the Congress
Government of Shiela Dikshit done development works in Delhi, then we didn’t
have to do so much work, as Congress did nothing for the development of Delhi”.

“In the past three and a half years, the AAP Government did nothing other

than quarrelling among themselves, with officials, the Lt. Governor and political
opponents to cover up their own failures. Kejriwal Government has not only failed to fulfill even a single promise made to the people, but has even stalled those projects initiated by the Congress Government, putting back the
development of Delhi by several years.”

He further said, “The Education Ministry under Manish Sisodia was one of the worst
performing ministries under the AAP rule as the standard of Government schools has
plummeted as never before, forcing students to leave enmasse.Kejriwal Government has always looked for excuses for not doing any work. whenever the going gets tough, Kejriwal creates some controversy or other like the recent chilli power attack on him.” INFOCOM To Step Into Its 17th Year With Three Day Conclave