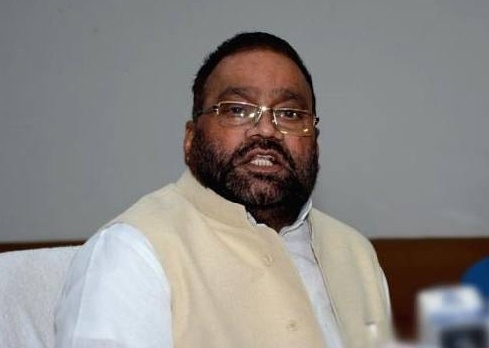 He was previously a member of Bahujan Samaj Party (BSP) and on 22 June 2016, Maurya resigned from all party posts alleging ‘money for ticket’ syndicate being run by the party, this claim was later denied by the BSP supremo Mayawati.
He went to Geneva recently to take part in International Labour Conference (ILC).

In an interview with Ten News he shared his views on slew of topics including labour conference, four years of BJP government, upcoming election.

Q 1- First time in the history of Independent India, a non-Congress government came to power in such strength and completed four years in government. How you see it?

A- Instead of focusing on non-Congress, we should emphasise on the way BJP came to power. The Party emerged as a largest party wherever they contested. Even after four year party is still a step head and Opposition has no agenda to target the government.

Q  – BJP has lost several by-elections including Gorakhpur, Kairana and so on. What do you think?

Q – Opposition parties are coming together for 2019 election and we have seen results in recent by-elections. Do you think, winning 2019 election would be tough task for the BJP?

A – Instead of collision of oppositions people will vote for development and BJP will trounce them with development agenda.

Q – After becoming Labour Minister, you formed a front for unorganised labours. What is the reason to create it?

A – To uplift labours and their lifestyle our government has taken slew of steps and forming labour front in one of them. I’m personally visiting labour sites and also taking part in their functions.
Moreover, I also raised several labour related issues at International Labour Conference (ILC) held at Geneva and trying to implement all the laws here.

BJP will win more seats in 2019 in UP: UP Minister Swami Prasad MauryaTen News Exclusive: BSP-SP collision would not work
0 317
Share FacebookTwitterGoogle+ReddItWhatsAppPinterestEmail

4 criminals dead, 1 injured in an encounter in Delhi