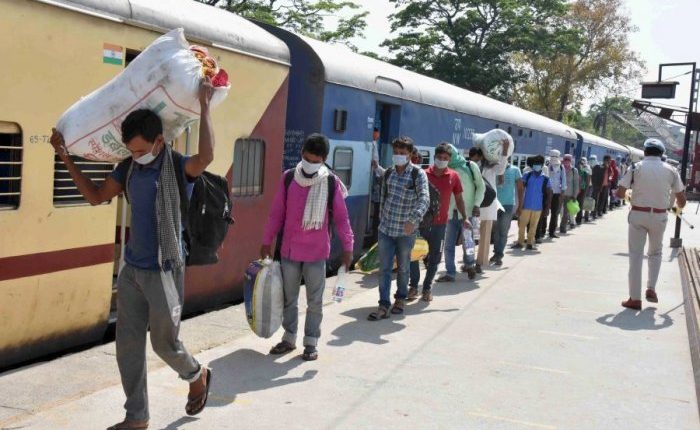 From 4 trains a day to 145 trains day, Indian Railways ramps up it’s mission of “Back Home” in a big way through Shramik Specials

Subsequent to the Ministry of Home Affairs order Railways have started running “Shramik Special” trains from 01 May 2020, on the occasion of  “Labour Day”, to move migrant workers, pilgrims, tourists, students and other persons stranded at different places due to lock down.

Starting from from just 4 trains on 1st May 2020, Indian Railways managed to Operationalise more than 1000 such Shram Shakti trains in less 15 days. In a remarkable achievement on 14th May 2020, a total 145 “Shramik Special” trains were operationalized from various states  carrying  more than 2.10 lacs passengers back to their home States.

This is for the first time that on a single day, passenger count on Shramik trains crossed the 2 lacs mark.

It may be recalled that Shramik Trains began operations with just around 5000 passengers on 1st May 2020.

Till now more than 12 lacs passengers have reached their home states by these “Shramik Special” trains.

It is worth mentioning that Railways’ coordination with state governments is geared up to run upto 300 “Shramik Special” trains per day to transport more than 4 lacs stranded persons per day in its mission to  take all the stranded migrants back home.