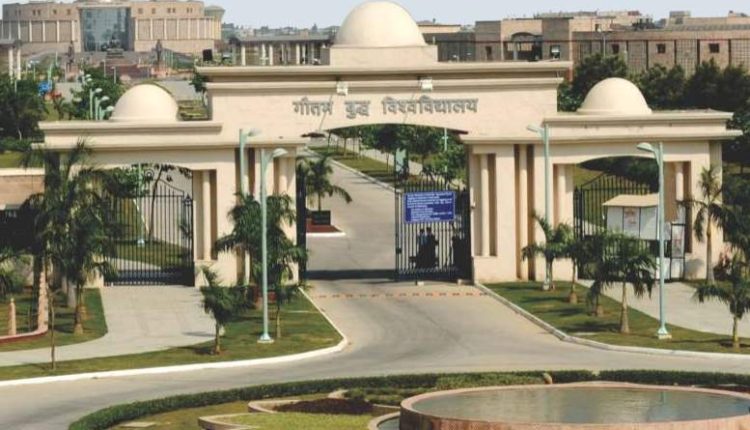 Greater Noida: Lust green campus with sprawling gardens, multi-dimensional infrastructure, state-of-art auditorium, conference halls, residential and administrative buildings, sports facilities and what not – Gautam Buddha University has many things that may put even best Universities of the country to envy, however, a lot of it remains unutilized to its full potential for years now.

What could today have been one of the best seats of learning in not only Uttar Pradesh but entire country today faces the brunt of bureaucratic hurdles and lack of funds.

While the Uttar Pradesh government prides itself in prioritizing the development of this region – with upcoming Jewar airport and film city here – one of the best existing facilities yet remains untouched with all the development plans going around.

Maybe owing to the region that it happens to be one of the dream projects of erstwhile chief minister of UP, Mayawati, the development or upliftment of GBU doesn’t seem to be a priority of the current UP dispensation.
Established by the Uttar Pradesh Act (9) of 2002, commenced its first academic session at its 511 acres lush green campus at Greater Noida in August 2008. As of date, it offers a variety of UG, PG, and Doctoral courses in Engineering, Business, Computer Science, Biotechnology, and Buddhist Studies.

The University, hence, has its overall potential only partly utilized at the moment. While it could been turned into an example of how well-developed, efficient and well-infrastructure a government institute could be, the campus lacks sheen and shine due to many factors.

The University is recognized by the University Grants Commission under UGC Act and is a member of the Association of Indian Universities. funding and support from government institution was extended to it.

The University has been empowered to award degrees as specified by UGC under section 22 of the UGC Act 1956 at its main campus with the approval of Statutory Councils, wherever required, hence to further enhance its financial potential necessary steps must be taken to ensure that courses affiliated from here could be run in nearby colleges and institutes.

Being close to the national capital, it can also borrow a leaf from Delhi University colleges on how to draw talent and become one of the most sought after centre of learning in the country – given it gets right financial support.
All in all, here are some steps that can add to the overall growth of this University:

Affiliating colleges: Greater Noida houses a large number of institutions and many of them operate courses that are affiliated by various far-off universities. With right resources, grants and approvals, GBU can very well fill in that gap and start providing its affiliated courses in these colleges, thus making a fresh source of revenue too.
Full-time staff: As per our sources, as much as 50% of academic staff at the university is contractual. For any institute of higher learning, that aspired to promote research and wishes to grow in all field of academic, it is very important to have renowned academics, scientists, researchers’ as its full time facility. This will certainly pull more talent towards the university.

Compliance of New Education Policy: PM Narendra Modi’s aspiring New Education Policy talks of strategically reviving the higher education infrastructure of the country. According to NEP, a university will mean a multidisciplinary institution of higher learning that offers undergraduate and graduate programmes, with high quality teaching, research and other academic facilities. But is it possible without adequate funds? Hence the primary step towards realising the dream of NEP is ensuring financial stability of institutes such as GBU.
So while the Jewar region seems to be on a path of rapid development, only time will tell whether one of its first prominent gems gets to shine more in future or become an unjust victim of undeserving ignorance.

‘Recruitment in the New Normal: Disruption or Myth?’