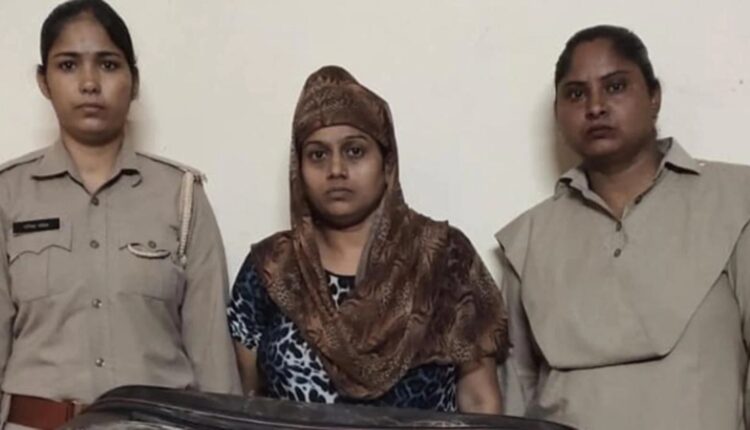 Noida, 9th August, 2022: A 35-year-old lady from Ghaziabad was detained early on Monday after police officers saw her dragging a sizable luggage and charged her with murdering her live-in partner. She was acting suspiciously, so the police officers persuaded her to open the trolley bag. When she did, they discovered his partner’s body inside, with his throat slashed.

Priti Sharma, the woman, was arrested and put into custody. Sharma allegedly admitted to the police during her questioning that she planned to leave the luggage containing the body on a train.

Police said the dead man inside the trolley bag was Mohammad Firoz, 22, who had been in a relationship with Priti Sharma for about four years. He worked at a salon in Delhi.

The two got into a fight late on Saturday over marriage, according to Abhijeet R Shankar, assistant superintendent of police (Sahibabad). “She had been urging the dead to get married for almost four years while they were living together. However, the dead declined to wed her,” he said. “When Sharma lost her composure, she used a razor to slice his throat.”

Police said she hid the body in the room and on Sunday, went shopping to Seelampur in Delhi for a large trolley bag. Later, she tied up Mohhammad Firoz’s body and stuffed it into the bag that was a little over three-feet in length.

Past midnight on Sunday, she left home in Tulsi Niketan for the Ghaziabad railway station about 15km away.

“It was around 2am on Monday that she stepped out of her flat with the bag and started looking for an auto when she was spotted by the policemen who were conducting a routine check.”

“They found the woman with the bag suspicious and asked her to open it up. The bag contained the body. The woman was taken into custody,” said Gyanendra Kumar Singh, superintendent of police.

Police said during interrogation, Priti Sharma told them that she was married to one Deepak Yadav but left him due to some domestic issues and started living with Firoz.

Police said Firoz’s family in Sambhal district of Uttar Pradesh has been informed about his death. The woman is being questioned about the murder to establish the chain of events.