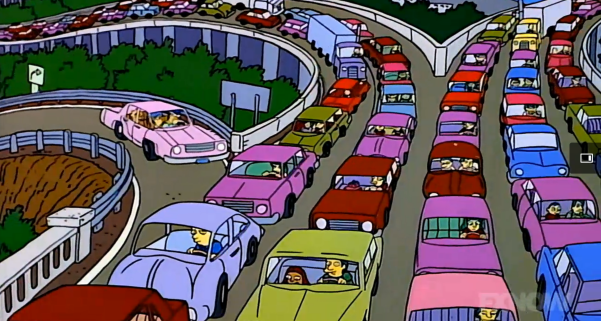 To improve city’s traffic system, Greater Noida Authority is going to appoint advisors within three months. The consultant will suggest the remedy to get rid of the city’s jams and there after  authority will work on these measures. There are many places in the city which face massive jam during peak hours.

Pari Chowk, Kisan Chowk, P-3 Round about, Tilpata Round about, Kasana  Bazar Round about etc are the most effected  places which witness heavy jam.

Most busy Roundabout of the city pari chowk faces a situation of jam almost round the clock and many times people struggle for about half an hour to cross this circle. It is also being expected that after the commencement of the metro, the pressure of the vehicles will increase in this intersection. The same situation is of the Kisan Chowk as well where things get worse in the night time while in morning and evening, the pressure of the vehicles remains high.

Complaints have been done to authority several times regarding the issue , but no action was taken.  But now the Authority has rushed into action regarding this. The Greater Noida Authority has begun drill to make city traffic more smooth and free from jam.

DGM Planning said that the consultant will be appointed for this. The process is expected to complete within three months and RFP (Request for Proposal) will be floated soon. After the consultant’s report, further work will be done according to that and People will definitely get relief after these people work over traffic jam issue.