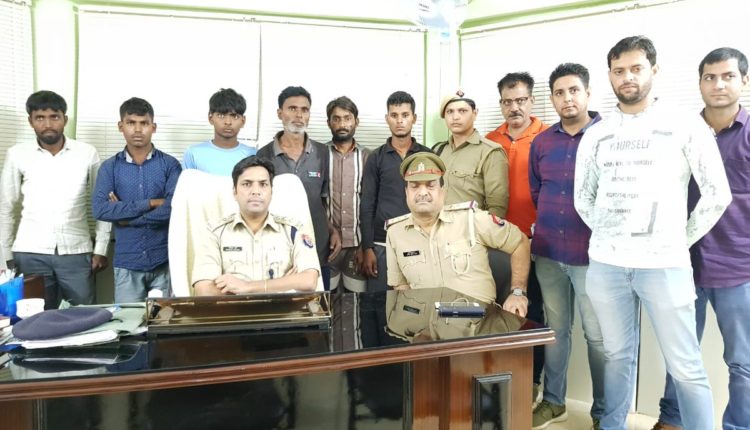 Today Greater Noida police has cracked down a gang involved in counterfeiting of banned trucks by putting fake number plates on them. Working on a tip off, Bisrakh Police nabbed the whole gang of 6 truck drivers including a truck owner. The gang would change the number plates of old trucks banned by NGT.

Police nabbed them over a tip of from near RMC plant on road heading towards SKS Public School. – Nishank Sharma, circle officer, Dadri said “Modus operandi of this gang was to change the number plate to bypass the law of the land. The owners of the truck used to operate such trucks which were more than 10 year old and are banned by NGT by putting fake number plate on them. They use similar number that are issued to their new trucks which the use to operate in far regions. So that it can’t be identified easily.”

Police had recovered six 10 wheeler trucks with their drivers along with a truck owner while one of the truck owners is still absconding. We working over it and soon more arrest will be made said a police official.