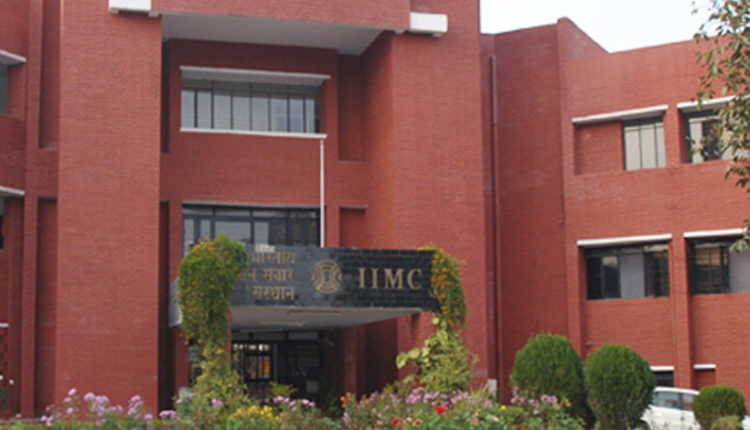 IIMC disappoints aspiring journalists with their complacency throughout the admission process

Every Indian student has a dream of studying in a government institution, for which they understand that just thinking about it wouldn’t be enough. And they are ready to take on the challenge. Lakhs of students find their way in such institutions by way of immense hard work and relentless studying hours out in with sweat and blood. In India, getting a seat in a government college or university is like a golden dream come true, which tonnes of students find as their aspirations and future dreams. So much that they’d do anything in their might to steer miles off of failure.

But what if one such institution fails the students?

That’s something that has very shockingly happened with an enormously well known Indian institution known by the name, Indian Institute of Mass Communication (IIMC).

At 11 pm, on October 30th, thousands of students were left shocked when IIMC released the greatly awaited results of its entrance examination which was held on October 18, 2020. The reason for the utter heart-beat stopping reaction of students was the massively flawed list of names that IIMC claimed were the selected students for the various courses that the institute offers. And it would be apt to say that the students couldn’t sleep after that.

Pretty obviously and rightly so, students began to mention their grievances online on social media platforms like Twitter and Instagram, but their questions were left unanswered.

The next morning, that is on October 31st there wasn’t even the slightest of residue of the suspicious and unbelievable results that had shell-shocked the students the previous night.

Later on it was said that due to a technical error the results had been distorted and that the new results will be updated soon.

And they updated the results. But what they reportedly forgot to do was make it fair.

Now what is it that so drastically left the students shocked to their cores?

Now the students say, when exams like JEE and NEET which see massive crowds of students reaching over tens of lakhs, could be conducted offline by NTA, during the Corona times, why couldn’t an exam with just 4000+ entrants be conducted by the same NTA offline and in a fair manner, per se?

The questions that have bubbled up in the minds and guts of the thousands of students who has based their futures on the mere idea of being a part of IIMC are pretty genuine.

“A college of mass communication should have known better than to mess with the results of students aspiring to be journalists or efficient mass communicators for that matter. Now this is what true journalism is.” Said a student who was fed up with the flawed procedure of the examination and the disappointment that the final results caused.

This is a request to the Indian Institute of Mass Communication to face the music and answer for the errors and mistakes they have made.

Compare Inverter with Battery Price Online by Following These 4 Pointers

Great News! India And Kenya Are Now Open for Travel. Here Are the Best Destinations…