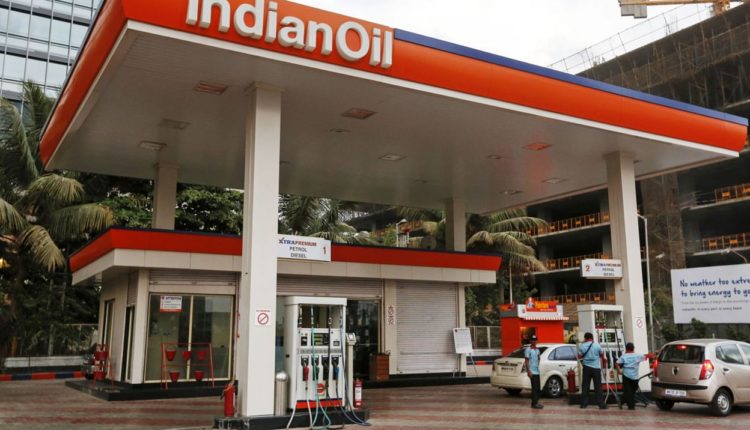 The 15,000 KM plus country-wide IndianOil’s pipeline network serves as underground energy highways of India that are assets of crucial national importance. These pipelines carry highly inflammable petroleum products at high pressure. Any pilferage attempt on these pipelines can cause serious accidents that threaten lives and damage property besides interrupting energy supplies. Any pilferage attempt on these pipelines is a grave offence under Sections 15 and 16 of The Petroleum and Mineral Pipelines (Acquisition of Right of Way) Act 1961. Such criminal acts are non-bailable offences, and intruders are punishable with rigorous imprisonment for ten years or more.

IndianOil has deployed a robust round-the-clock monitoring system to track pipeline pilferage or any other such disruptive attempts on its pipeline network. The Corporation closely monitors the pipeline flow, pressure parameters, and trends through an Instrumentation and Supervisory Control and Data Acquisition (SCADA) system. In addition to this, a Leak Detection System (LDS) ensures 24X7 analysis to identify tentative vulnerable points.

Moreover, a comprehensive system of physical inspection of the entire network on foot by line patrolmen and DGR guards are also in place. To further enhance the effectiveness of this constant vigil, the movement of line patrolmen and DGR guards are monitored through Global Positioning System (GPS) enabled devices. The existing Right of Way (ROW) of the pipelines is also mapped through Geo-Fencing. Such GPS-tracked physical inspections also help spot and identify abnormalities like loose soil, the smell of leaked petroleum products or suspicious vehicle tyre marks in the vicinity of the pipelines. IndianOil teams, along with local Police, also undertake periodic joint-patrolling of vulnerable locations to track any unauthorised activities.

To further boost the security of its pipelines, IndianOil has undertaken focused digital initiatives like the optical fibre based Pipeline Intrusion Detection and Warning System (PIDWS). This system is presently under implementation at 5474 KM of its pipeline length. The system is already functional for 997 KM of the pipeline network, and the remaining will be commissioned by 2022-23.

The Corporation is also exploring several other innovative security protocols to enhance pipeline security further, like the ‘Negative Pressure Wave Type Leak/Pilferage Detection System’ and monitoring the vast network through Drones. Recently, the Drone monitoring of the 120 KM long Delhi-Panipat Section of IndianOil’s Mathura-Jalandhar Pipeline has commenced operations. The live feed of the Drones is monitored at the Pipeline locations.

Based on previous experience fighting this menace, IndianOil has also identified the most vulnerable sections of Pipelines to ensure better surveillance. Such locations are monitored through CCTVs, and pipeline routes are shared with local administration for better supervision. Moreover, to ensure swift recourse, the issues related to pilferage are taken up at various levels of the State Government and Police Departments. The copies of the Petroleum & Minerals Pipelines Amendment Act (2012) have been provided to various Police Stations for expeditious pursuance of reported cases. The reported cases are also escalated to the Oil Security Coordination Committee (OSCC) of the States that meet every quarter and are chaired by the DGP of the respective State.

IndianOil’s concerted efforts in fighting the menace of oil pipeline pilferage have resulted in swift tracking of miscreants indulging in such criminal activities across the country. During 2020-21, 53 arrests have been made against 34 pipeline pilferage attempts across the country. In a recent instance, the robust monitoring mechanism has successfully foiled a theft attempt on IndianOil’s petroleum pipelines at Sonipat on 17th August 2021. IndianOil personnel successfully spotted the intrusion using their Pipeline Intrusion Detection and Warning System (PIDWS).

The surveillance system is further strengthened by garnering local support in enhancing the efficacy of the overall process. IndianOil urges all citizens residing in the vicinity of these pipelines to be vigilant and report any suspicious activity to IndianOil and local police authorities. Frequent awareness drives are organised for the villagers settled near the pipelines. IndianOil authorities at the Pipeline Stations also undertake regular meetings with local village Sarpanches along the pipeline routes. Such sensitisation endeavours are often combined with welfare drives like free medical check-up camps and community development programs to engage locals better. Reward schemes for informants have also been put in place to incentivise local monitoring. The identity of the citizens informing such illegal intrusion will be kept confidential. Any unlawful action or attempt to damage these national assets will have severe consequences for these miscreants.

Betway India Review – why is it a good bookmaker?